We ate breakfast at a local restaurant in Batopilas and got on the road.  The road seemed a bit easier as we were going up the hill, which is easier to control than the descent which has lot of room for slipping on rocks. 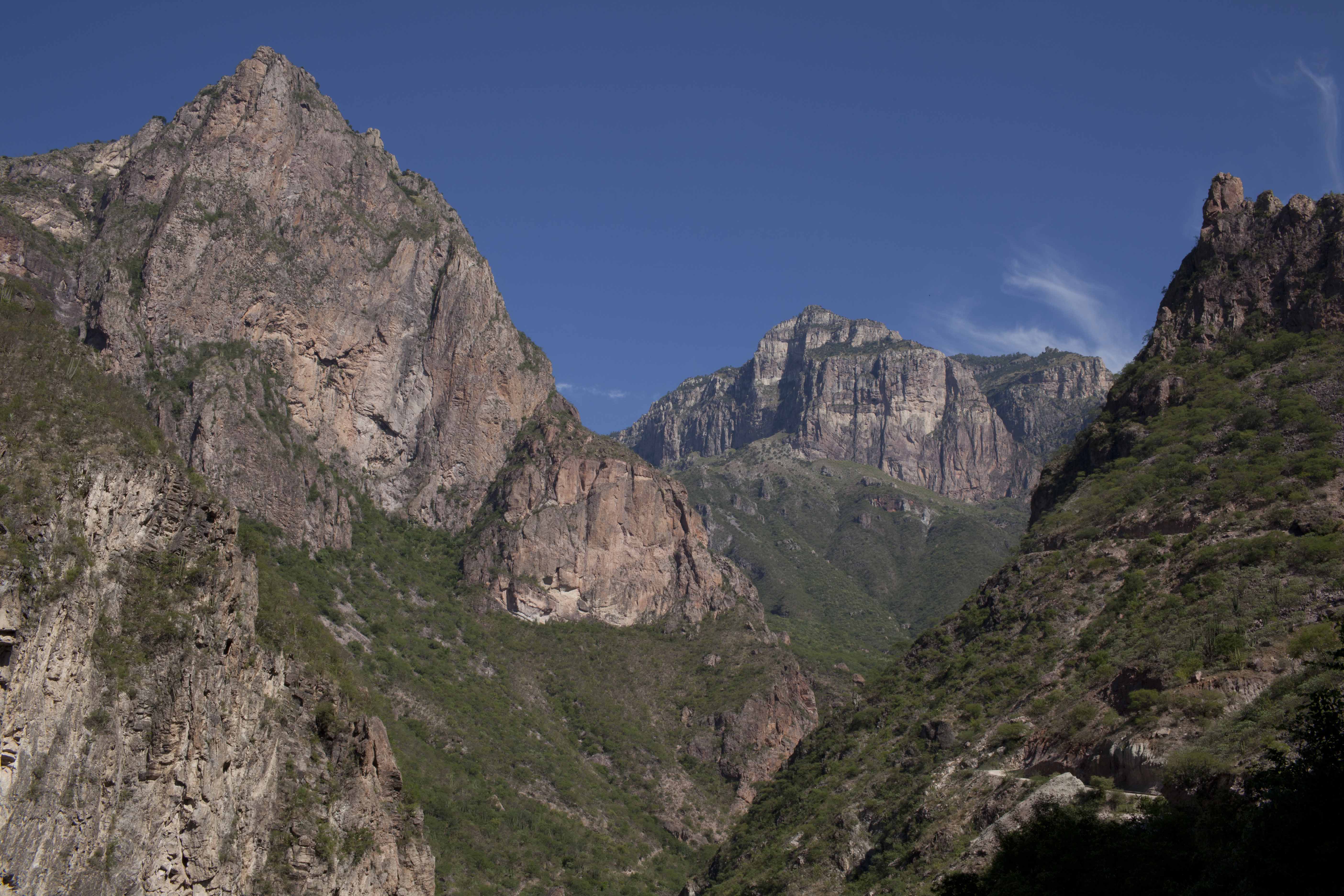 Gintaras fell twice as he was climbing the sharp turns.  The ride was amazing but it was more work than we ever imagined.  We had to stop and drink lots of water. The day was getting hotter.  We crossed two wooden bridges and knew that we were getting closer to the top of the canyon.   After 40km of rocky off-road, we reached the nicely packed road.  It’s good to be on a hard surface.  After riding for another 85 km we made it Creel. 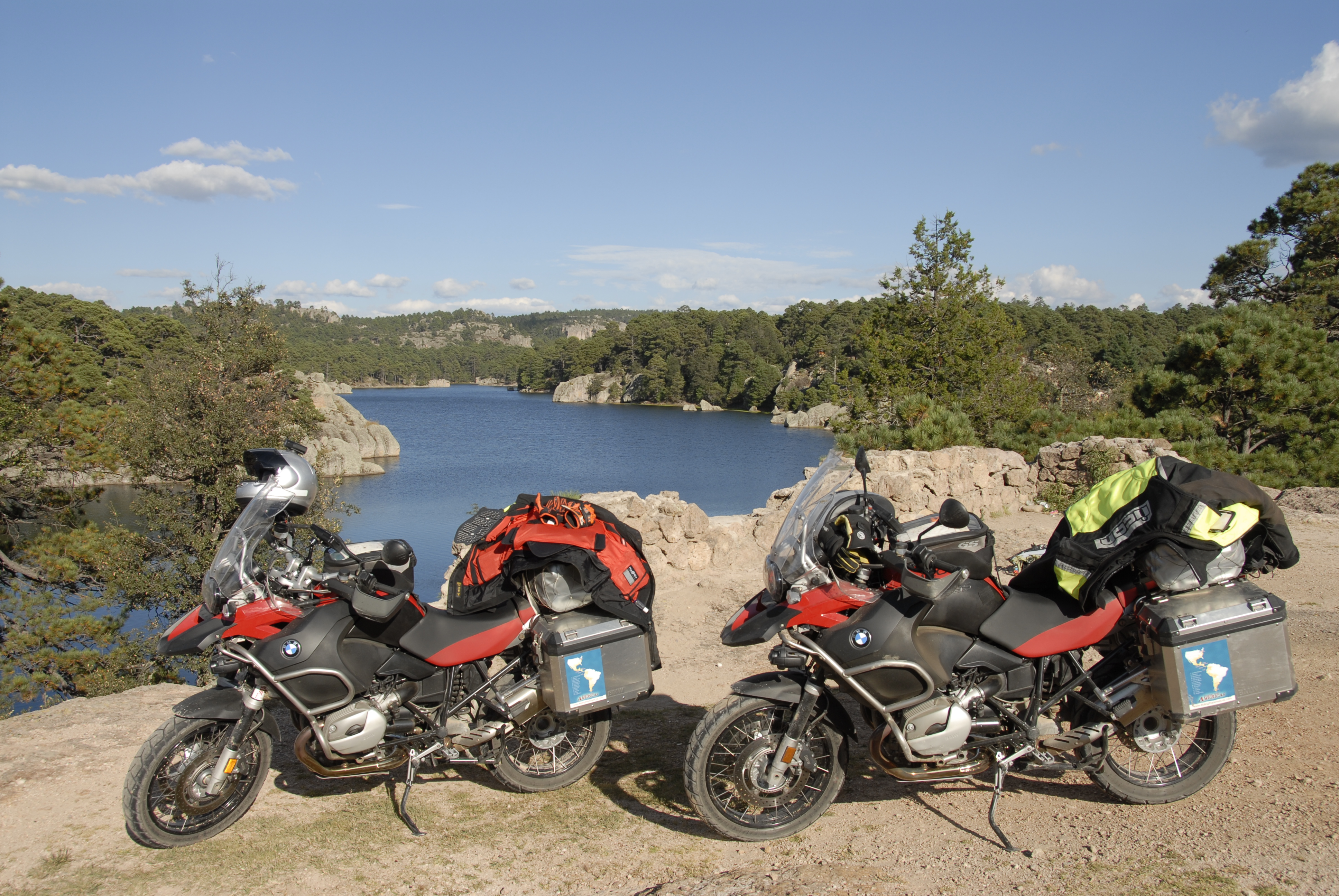 Laguna Arareco next to Creel

We headed directly the car wash where they washed our bikes, side cases, top bag, and the tank bag. Everything was dirty and covered in dust.  We checked in the hotel and soaked all of our gear in the bath tub.  The water was black.

During dinner, Chris, the Canadian guy we met on way to Batopilas came up and asked if we want to meet later for drinks.  We agreed and met him at another local restaurant.  We talked for about one hour.  As we learned Chris crossed Africa in 1974 and crossed South America in 1978.  We enjoyed talking about his experiences.  He rode over 500,000 on two of his motorcycles during the past 30 years.