After riding for about 4 hours we arrived to Zacatecas.  As usually, we had little idea how to find our hotel.  We asked a few locals which produced two results– either the locals did not know where the hotel was or we did not understand the directions in Spanish.  After attempting to unsuccessfully find our hotel three times, Vadim found a taxi driver and had him drive in front of us and show the way to our hotel.  Please believe us to find a hotel in a city you have never been to (especially without a detailed city map) is not as intuitive as anyone may think.  We rode down a few streets.  It was fun riding in the city as Zacatecas is a city.  It reminded Vadim of his times in Italy. 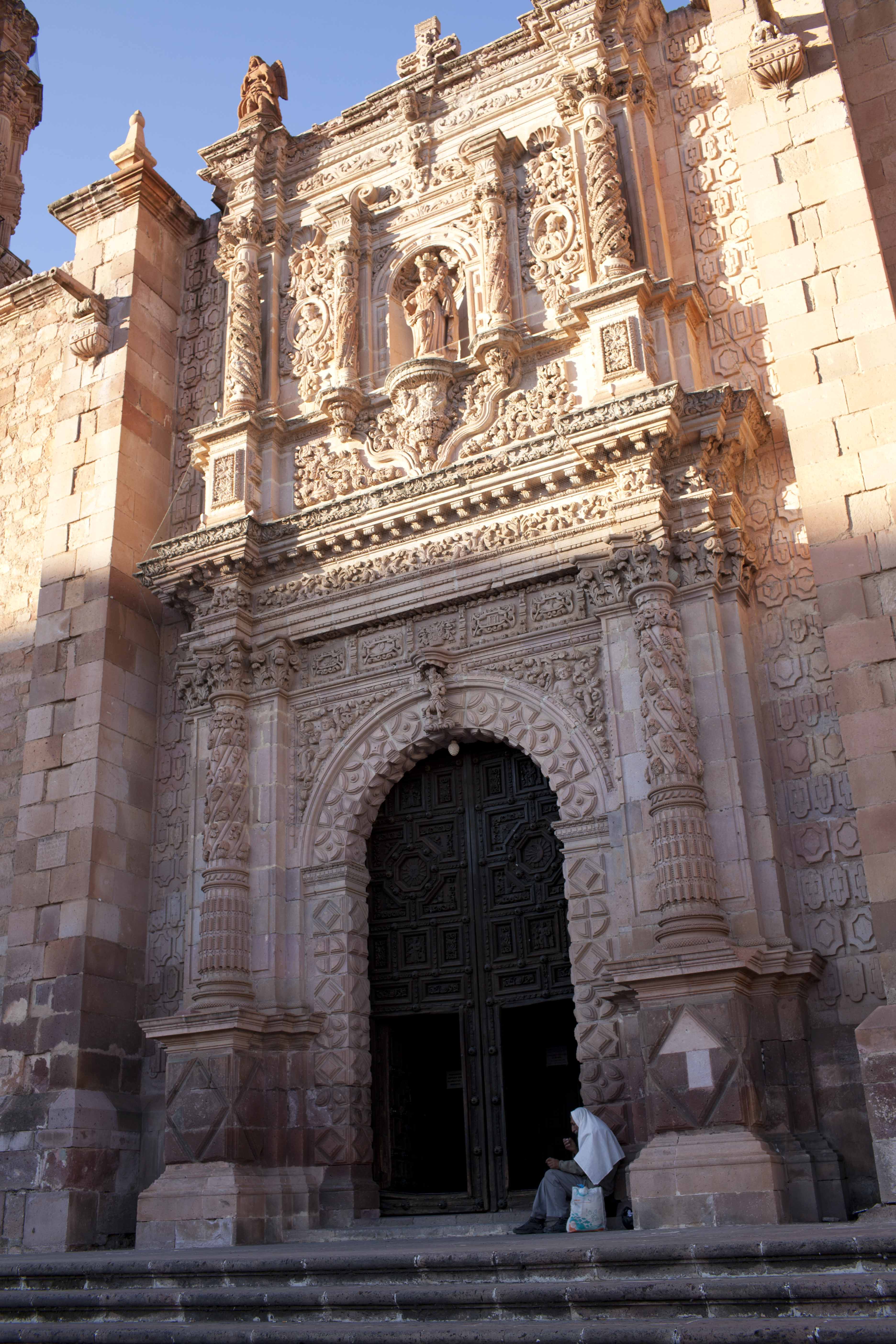 In the evening, we took a stroll by the Cathedral and enjoyed the beautiful architecture and people watching.  A gentelman came to us as we stood on the street and enjoyed the street performance.  He was from Germany living in Zacatecas for the last several months.  He knew four languages and sang the Russian hymn to us on the street.  He gave us a few tips about Zacatecas.