We left Oaxaca at sunrise, again without a breakfast, and headed south-east towards the Pacific coast.  Our final destination was uncertain: either Tuxtla Gutierrez or San Cristobal de las Casas, depending on the road conditions.  We new it was going to be a long day…

The road was winding, but pretty fast, and the weather was perfect.  We stopped a couple of times for quick meals at some local restaurants by the road; the food was very good.  On our way, we also passed a couple of military checkpoints.  Gintaras was briefly stopped at one of them, but the soldiers were friendly.  As we were descending from 6,500 feet (2,000 m) to the sea level, the temperatures increased dramatically.  It reached 95 F (35 C) on the coast at noon.  And then happened something that neither of us had expected…

There were a number of wind mills on the horizon, but as we were approaching them, the wind got stronger and stronger.  At first, we only felt mild wind gusts hitting our helmets, but soon the side wind got very violent.  It started throwing our fully-loaded 1,000 lbs (450 kg) motorbikes left and right, as if they were toys.  We leaned forward as far as we could, with our stomachs pressed firmly against gas tanks, then switched to the second gear and tried our best to keep the bikes on the road and avoid the oncoming traffic.  This white-knuckle ride lasted for about half an hour, until we hid behind a mountain ridge.

We reached Tuxtla Gutierrez late afternoon by narrowly avoiding the rain, and decided to continue to Cristobal de las Casas.  The toll highway was very good and we reached our final destination in less than an hour, although at one stretch we hit a dense fog.  In the last 40 miles (65 km), we ascended more than 6,000 feet (1,800 m), as the temperature dropped below 55 F (13 C).  It took us some time to find our hotel, as it got dark, but this time we did not need taxi to lead us through the city.

We parked our bikes in a garage next to the hotel and went out for a dinner at Fogon de Jovel to taste some local “parrillada”.  We came back very tired (11 hours on the road) and slept till late morning and one extra hour due to the daylight saving time. 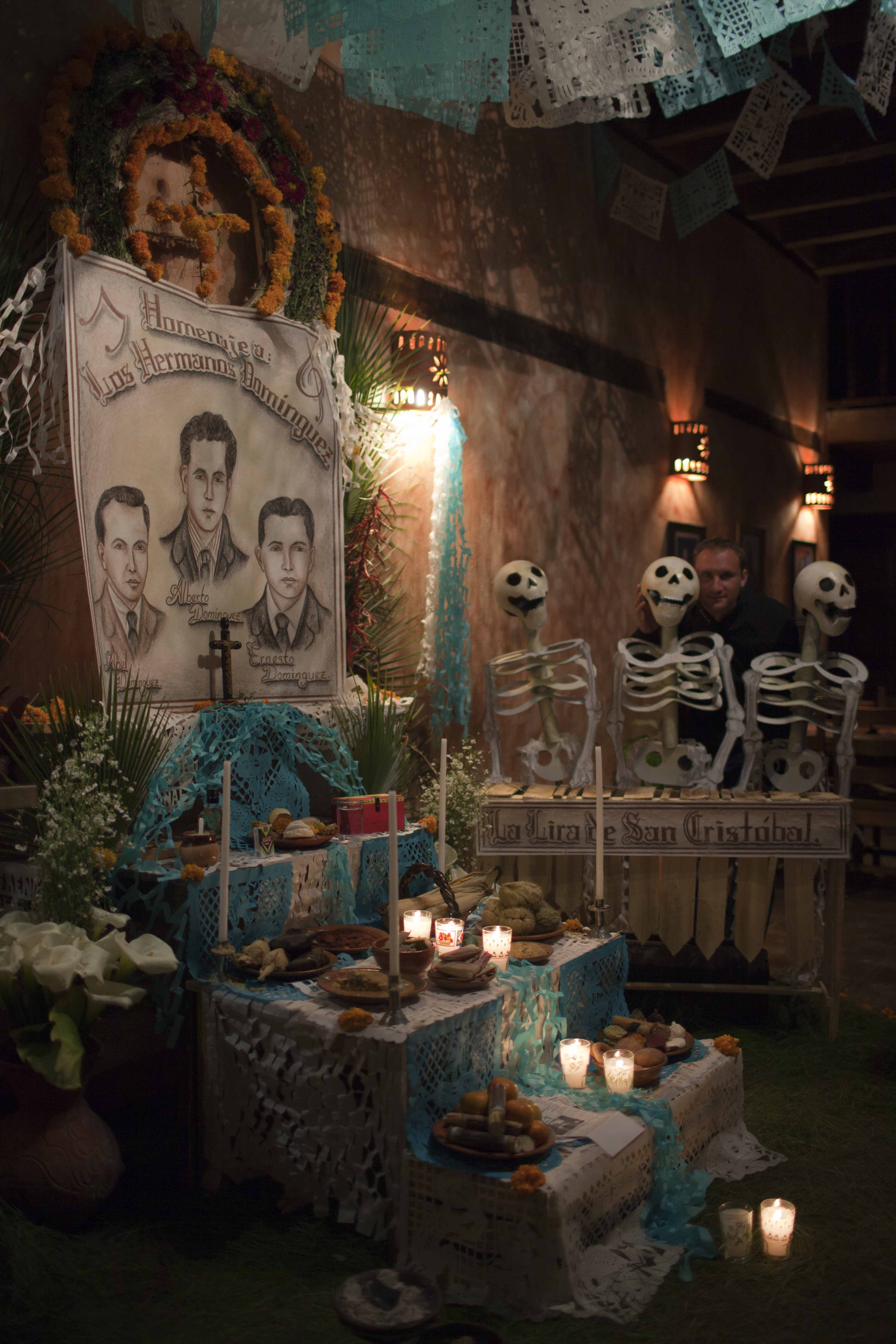