We woke up late, had a light breakfast of chuchitos (small tamales) and some exotic fruits at the hotel restaurant, and then headed to the BMW dealership in Guatemala City.  The ride was quick, less than an hour, thanks to Vadim’s navigational abilities to follow the directions written on a scratch paper.  At the dealership, we were welcomed by Luis, who spoke fluent English and immediately took care of our bikes.

We went for a lunch to the hotel across the street and were quite surprised by the prices that were the same as in the US (what a contrast to the 2 USD lunches we had in a village a day before!).  Once we got back to the dealership, our bikes were ready to go – both spotlessly washed and with the new Continental tires that should last, at least, till Argentina.  What an impeccable service!  Our sincere thanks to Luis and the Bavaria Motors team! 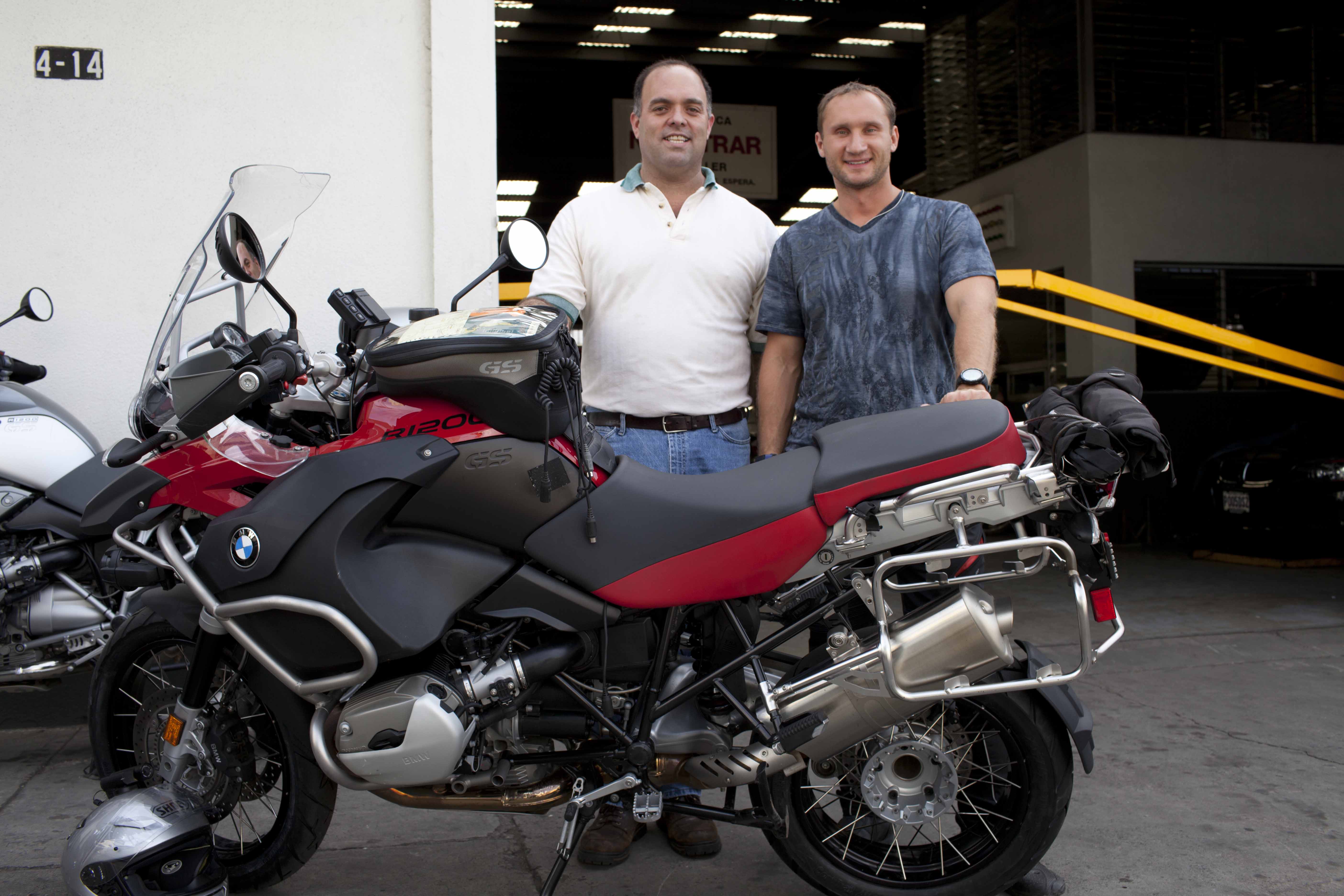 On our way out of the city, we got stuck in traffic, but it was interesting to observe other vehicles and driving habits of the local people.  US school buses, repainted in colorful patterns, were fuming along, packed with people like sardines and their luggage on the roof.  The guy selling tickets was acrobatically running back and forth on the roof and then disappearing inside through the front or rear doors, while the bus was going at full speed.  Minivans were zooming by with their doors open and people seemingly hanging on with their teeth and nails.  Some ancient cars were limping at 5 miles an hour in a cloud of black smoke.  Swarms of small motorbikes were buzzing all around and, to be fair, there were also a number of newer and nicer cars.

As we reached Antigua, we had to ask for directions to the hotel.  Antigua is not a big town, but its narrow cobblestone one-way streets look very similar.  We will have few more days to explore this lovely town.

View of Antigua from the Roof of Panza Verde Hotel

In the evening (it gets dark quite early, before 6:00 pm), we enjoyed a nice dinner at a restaurant on the “Fifth Avenue”.  We had some wonderful local cheese, chicken and rice soup, Gallo beer, chile relleno (stuffed bell peppers with meat and vegetables) and revolcado de marrano (pork liver in tomato sauce).  We finished the day off with a bottle of nice Chilean Carmenere red wine in the hotel.