Gintaras took a quick tour of Las Sepulturas, an adjacent archeological site to the Acropolis, in the morning.  These were the former living quarters and tombs of the rich, including scribes and shamans.  Some of the buildings had beautifully preserved ornamentation.  The site is large and much still remains to be discovered by archeologists.

The five-hour ride back to Antigua was uneventful.  Gintaras stuffed his stomach with chicken and beef kebab just before the departure and half-slept most of the way on the rear seat.  The border officials did not even look at his passport, as they waved the minivan through.  We were stopped a couple of times by the Guatemalan military police, but after short conversations, were allowed to continue.  The road and traffic was decent until we reached Guatemala City to drop off one passenger.  This detour added another hour to the journey.

Vadim took the Mitsubishi L300 microbus to Lake Atitlan.  The uncomfortable ride took 2.5 hours down the twisty road in the mountains.  Upon descent, Vadim reached the lake where he was dropped off for 4 hours to have an opportunity to explore the area.  He walked around the lake and the surrounding market where he purchased a beautiful smoke pipe made out of clay.  It cost $10 and the deal could not be passed on as the piece was beautifully crafted.  The Lake is surrounded by three volcanoes – San Pedro (3,020 meters), Toliman (3,158 meters) and Atitlan (3,537 meters).  The water was fairly warm and had large fish and crabs in it.  Vadim saw a local fisherman passing by with his catch load that included a 3 foot fish and sack of about dozen of crabs.  Upon return to the hotel, Vadim got in traffic closer to the Antigua areas which made the ride almost 3 hours.  But it was worth the experience. 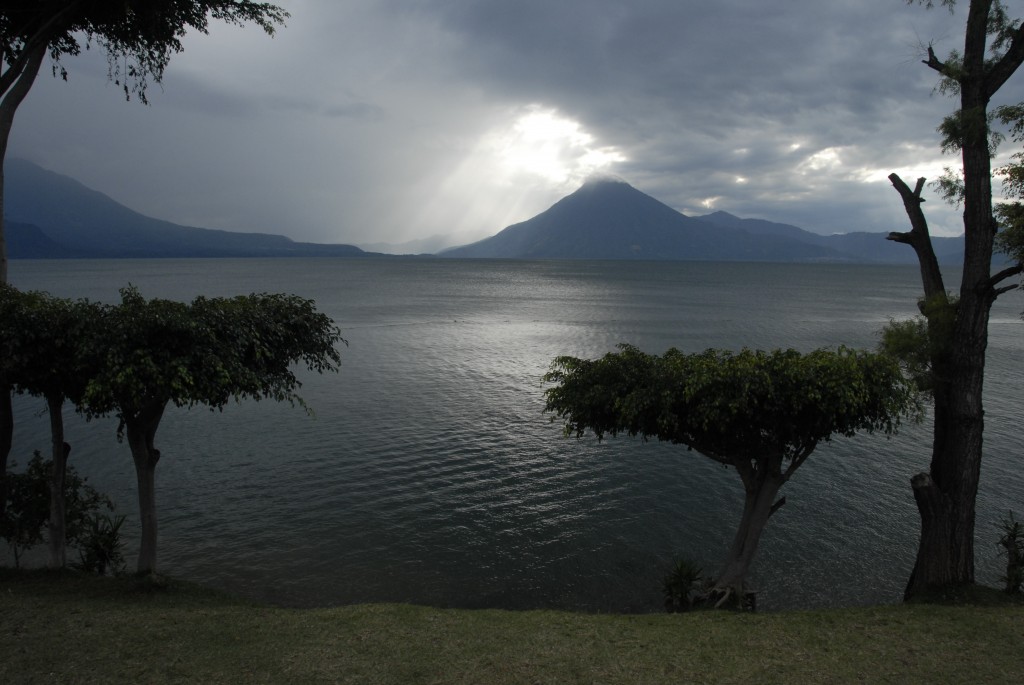 In the evening, we both went to Caffé Bourbon, close to the main plaza, and enjoyed chicken and rice soup, which is so good here in Guatemala.