How many places in a country could one visit in just one day?  Quite a few, if you are lucky enough to find a local person to drive you around and if a country is as compact as El Salvador.

Roberto, part-time architect and part-time guide, picked us from the hotel late morning and then took us in a minivan to the capital city, San Salvador, which was less than an hour drive.  We went straight to the San Salvador Volcano, looked at the crater and enjoyed beautiful vistas of the city.

View of the City from San Salvador Volcano

We met Edwin for lunch in a shopping mall, which was built by one of the powerful families that control most of the economy in the country, and then continued the city tour.  Roberto showed us the new and old parts of San Salvador: Santa Elena district with its modern buildings, expensive houses and the fortress-like US Embassy; and the downtown with its plazas, street markets and churches, one of which (El Rosario) was designed by a team of architects, including Roberto’s father.  We also visited the tomb of Archbishop Romero, still the most revered person in the country, whose murder sparked the civil war in the 80s. 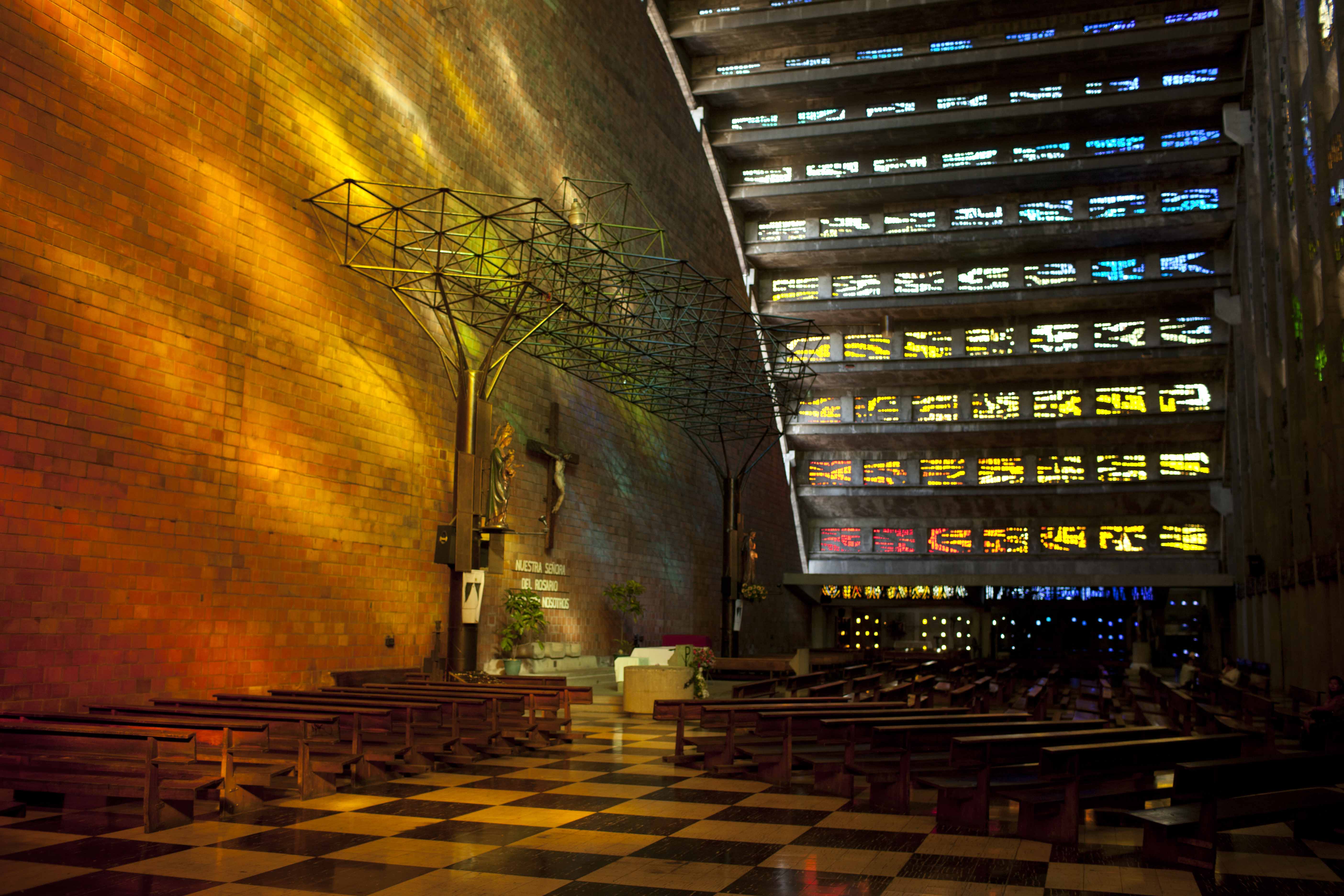 Late afternoon we drove to Suchitoto, the former capital of El Salvador, a small, but beautiful colonial town with an interesting church in the main plaza, cobblestone streets, and many art galleries.  We sat down to taste some “pupusas” with pork, zuchinni and loroco that are a staple food here; drank hot chocolate and enjoyed some sorbet with chili, tamarind and fruits.

On the way back, we stopped for a glimpse at Lago Suchitlan, a huge artificial lake, the water of which is used to spin turbines at the nearby hydroelectric plant.  It was pitch dark by the time we got back to our hotel (it gets dark very early here, around 5:30 pm) and, after a quick dinner, we retired to our large, but not very comfortable room.