Loud noises of tropical birds and some partying crowd woke us up at sunrise.  The walls of the building were so thin that we could talk to each other through the wall without even raising our voices.  After taking cold showers (warm water was not available), we slowly packed our cases and bags, took breakfast and were ready to go.  At the checkout, we started a conversation with the owner of the hotel and few other properties in the area, who took us to the backyard to see his mini-zoo with several cappuccino monkeys and local birds.

The road to Granada was excellent and the landscape was beautiful.  We drove through some rural areas, where cows, goats, horses and donkeys were roaming freely, and occasionally crossing the highway, despite the efforts of herdsmen with whips in their hands to keep them off the road.  We saw several policemen, but fortunately, they did not pay any attention to us.

Three hours later, we stopped for lunch at a gas station, swallowed few hotdogs, poured down some bottled water and then were approached by two kids who appeared to be asking for money.  Only after some time we realized that they were asking for food leftovers.  We gave them a couple of buns, bought some Snicker bars and let them go.

After asking for directions (there are very few signs on the roads and our maps are not very detailed), we continued to Granada and reached the city in less than an hour.  We rode straight to the central park, where a crowd of kids led us through the square to a hotel.  A policemen was watching us with a surprise on his face, as we muscled through a pedestrian-only area and then against the traffic.  We quickly booked a room, unloaded and parked our bikes in a secured area, and sat down for some cold local Tona beer.  It was unbearably hot and humid.

An hour later, we were sitting in a horse carriage with Ricardo, an “independent guide”, who spoke good English and offered us to show the city.  We circled around for an hour, visited several churches and also went to the Lake Nicaragua. 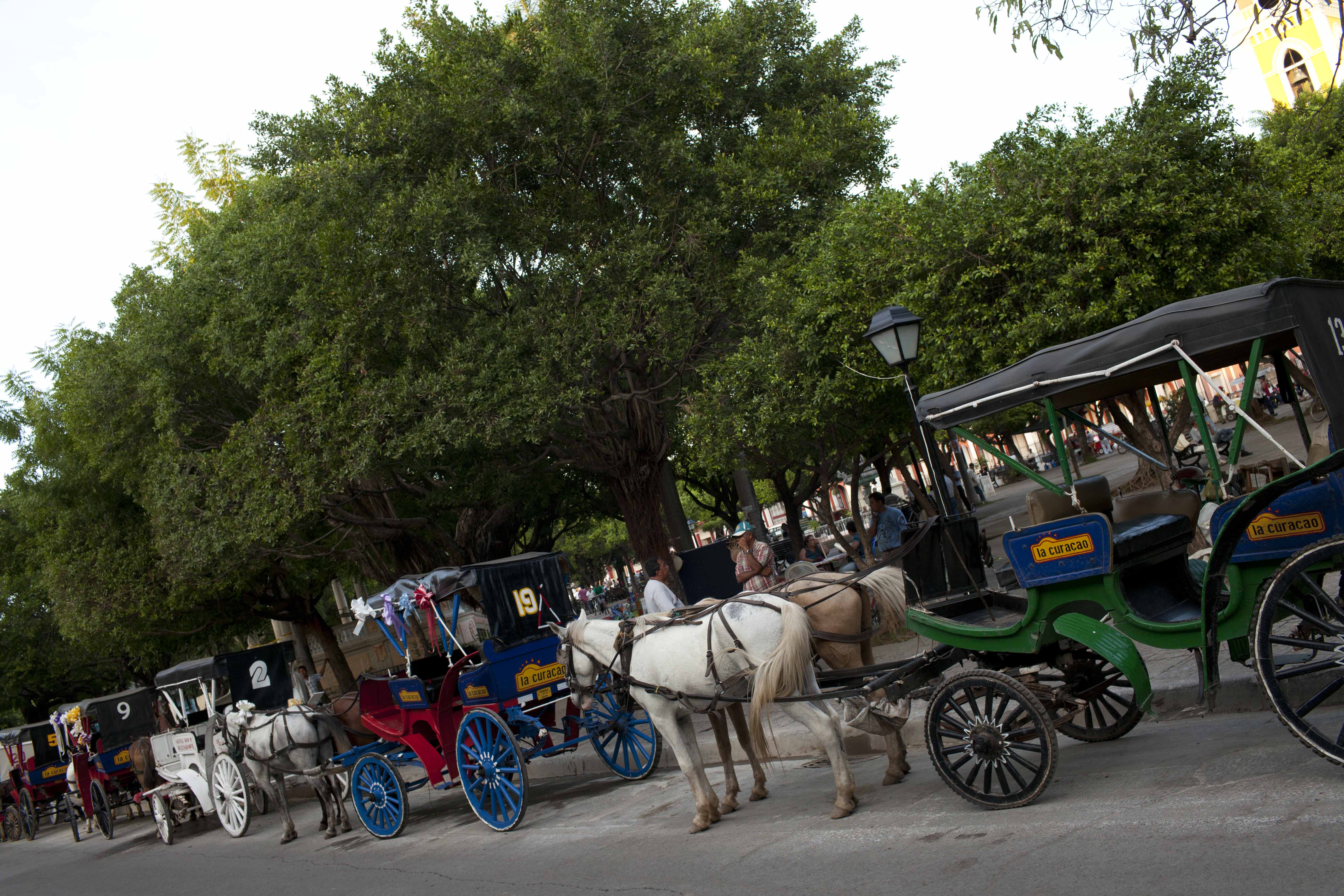 Horse Carriages in the Central Square

In the evening, we went to a wonderful local restaurant and tried some churrasco.  The meat was so good, probably, the best we have tried so far on our trip.  We love Nicaragua!