In the morning, Vadim went to a nearby gym, owned by an American from Washington state.  After an hour of exercising, he got back to the hotel and, to his great surprise, found out that the water supply to our room had been cut off for unknown reasons.  The hotel staff was very helpful and offered him to take a shower in another room, but while everybody was running around for new towels and soap, the water stopped running in the other room as well.  The staff then brought a couple of buckets of icy water, so that Vadim could enjoy the true polar bear experience.  Fortunately, the water came back soon after Vadim had finished the first bucket.

We met the omnipresent Ricardo at the hotel at noon, then took a cab, driven by a former professional baseball player (baseball is the number one sports in the country), to the Lake Nicaragua, where we jumped into a small boat and went to see Las Isletas – hundreds of small tropical islands. 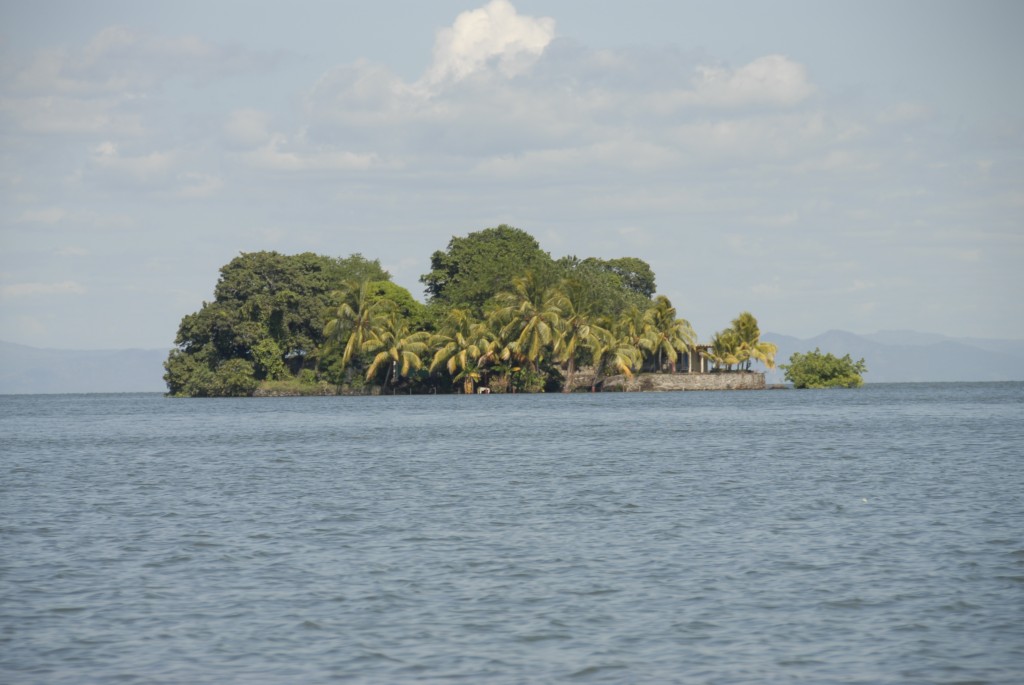 It was a beautiful ride, as we navigated through the archipelago; some islands had nice villas on them, while the others were only populated by cappuccino monkeys and parrots. 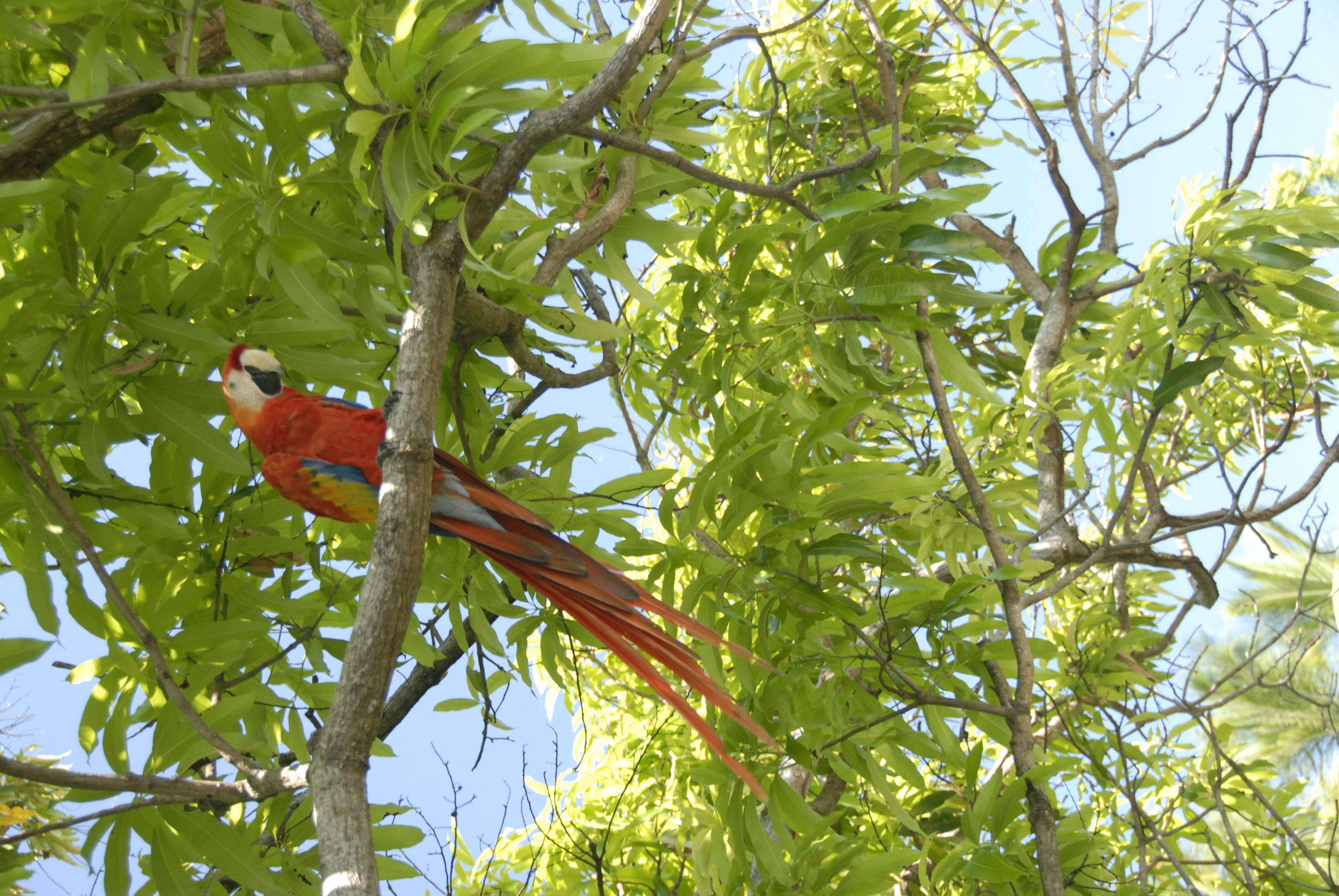 Parrot in One of the Islands

We stopped at one island, owned by an extended fishermen family, to taste some freshly caught guapote.  The fish was amazing; we could not stop licking our fingers off. 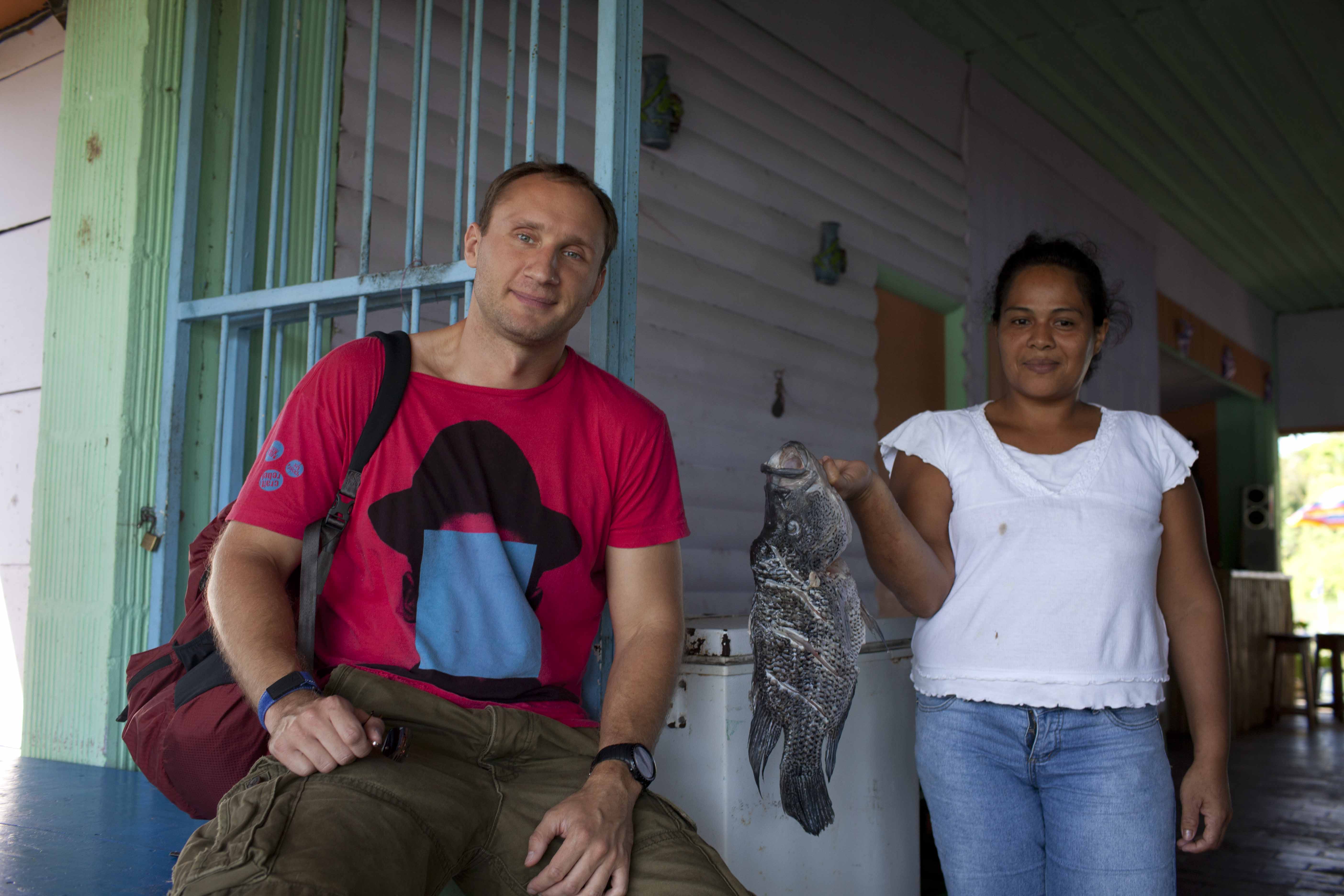 We spent the evening strolling up and down the restaurant row in Calle La Calzada, and sat down at a table outside to try some traditional Nicaraguan food, which was heavy on meat.  The dish was huge, enough for both of us and the three hungry dogs that were running around.  While we were eating and watching street break dancers entertain the crowd, swarms of street vendors kept attacking us, offering cigars, hammocks, ceramic bowls, whistles, chocolate, etc.  We politely declined all the offers with “no, gracias”, and only gave few bucks to a woman with a baby on her hands.  It was a very pleasant evening, as the heat of the day disappeared and it seemed like everybody was out and enjoying themselves.