We procrastinated all morning, while waiting for a boat to take us on a three-hour fishing tour.  Finally, a small boat for 5-7 people arrived at the beach at 1:30 pm, and few minutes later we were heading out of the bay and then turned north along the rocky coast intercepted by sandy beaches.  The ocean was very calm, Yamaha engine rumbled quietly, the sun was hot, and we hid under the roof with all our cameras ready for the shot of the day.

One of the locals was steering the boat; the other one set up a couple rods, while we were sitting and watching curiously (none of us have much fishing experience).  Back in the town some people told us about plenty of tuna in these waters at this time of the year.  What a great opportunity for an epic battle with a big fish!

Hour and a half later the boat turned back, but we had not seen any fish yet, except for some tiny ones jumping out of water.  We kept watching big rocks slowly pass by and pelicans land on water, and, at the same time, were scanning beaches with an eye of a real estate agent.

As the boat was approaching an interesting rock formation, one of the locals suddenly jumped up and shouted “Pescado!”.  He handed the rod to Gintaras, who started spinning it furiously.  The fish, taken by surprise, offered no resistance and was quickly pulled into the boat.  What a catch!  We set up a quick photo shoot session on the boat, but the fish turned out much smaller in the pictures than it was in real life though…  We landed on the beach half an hour later, proud and happy. 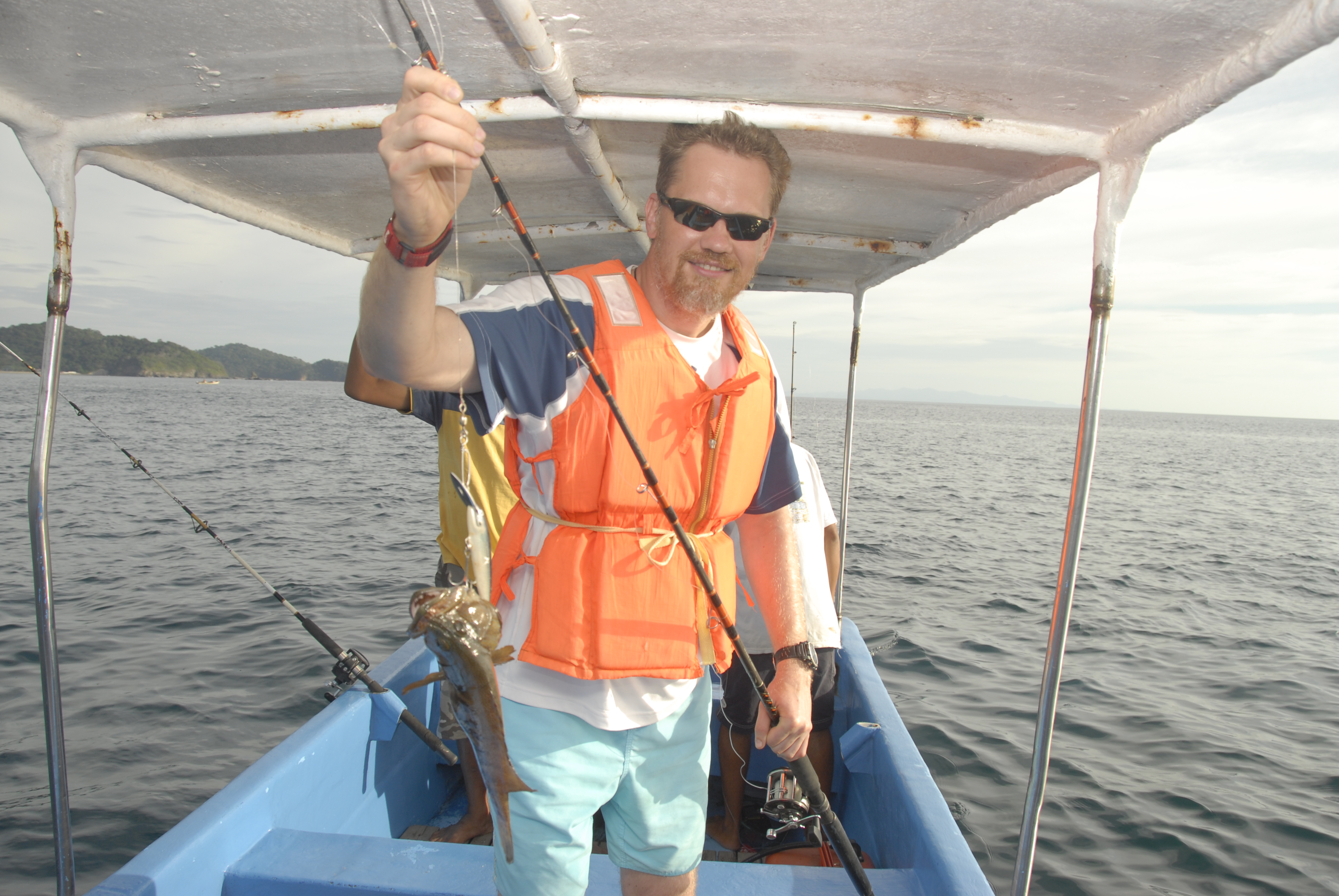 In the evening, we had early dinner at a random waterfront restaurant.  The food was terrible, even hungry dogs refused to eat it.  We decided to skip the bar crawl tonight and headed straight back to our hotel to get ready for the ride to Costa Rica tomorrow.