Today we decided to try something different – a canopy gliding tour on the slopes of Arenal volcano.  Late morning the tour company took us and another half a dozen people to the station at the bottom of the volcano, where we were given harnesses, helmets, special gloves and had a chance to do some practice runs on a cable. 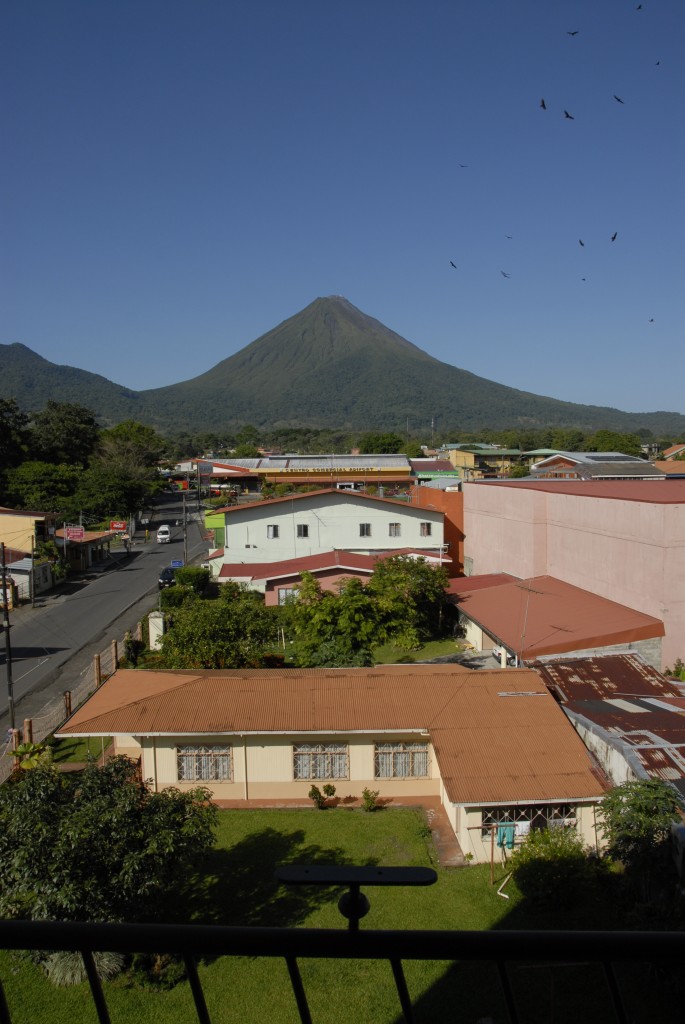 Then an open truck took us uphill to the first of the 18 platforms and the fun began.  The whole exercise was rather simple and well supervised by the safety crew, but what a wonderful feeling was to zoom high above the ground from one huge tree to another! 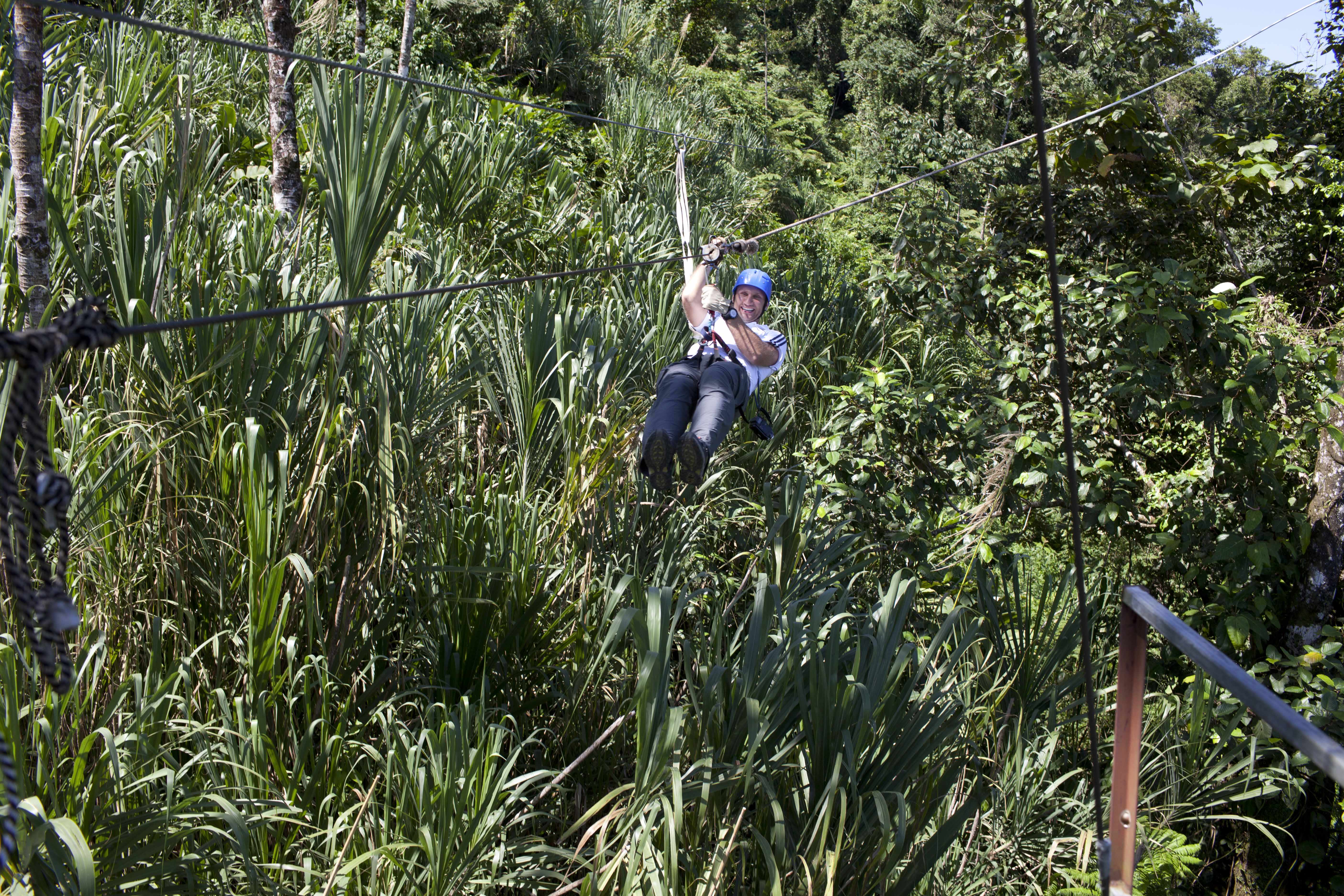 Vadim on the Ropes

There was one big surprise, however – the Tarzan Swing, that required jumping 30 feet (10 m) down the abrupt slope.  This was an exhilarating experience and several people came out with their hands and legs shaking from the adrenaline rush. 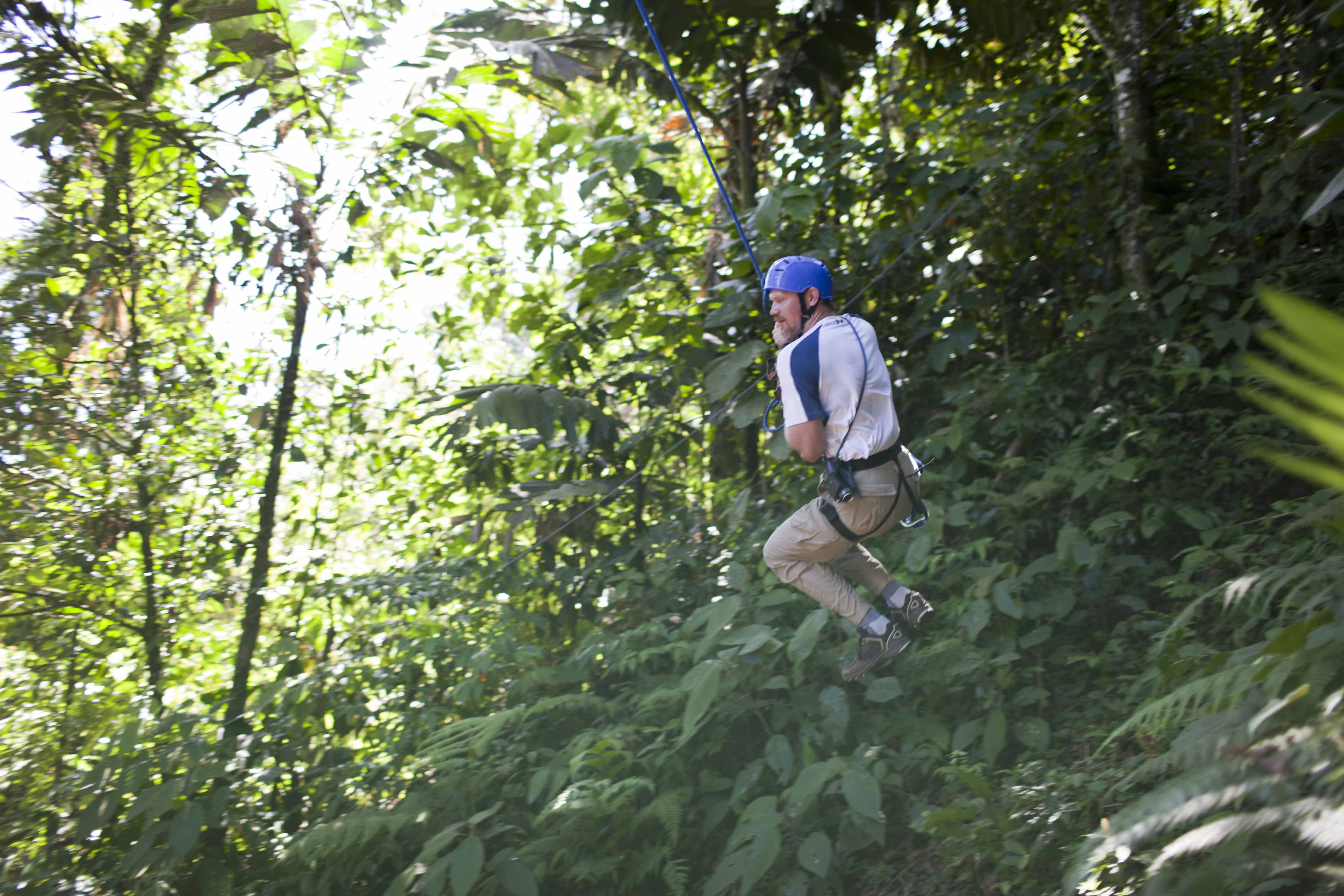 Gintaras in His Natural Habitat

We came back to the hotel, where Gintaras went to work on the website and Vadim took a short ride to La Fortuna waterfall on his motorbike.  The stairs to the waterfall were very steep, high, narrow, uneven and slippery and it took Vadim about 15 min to get down. 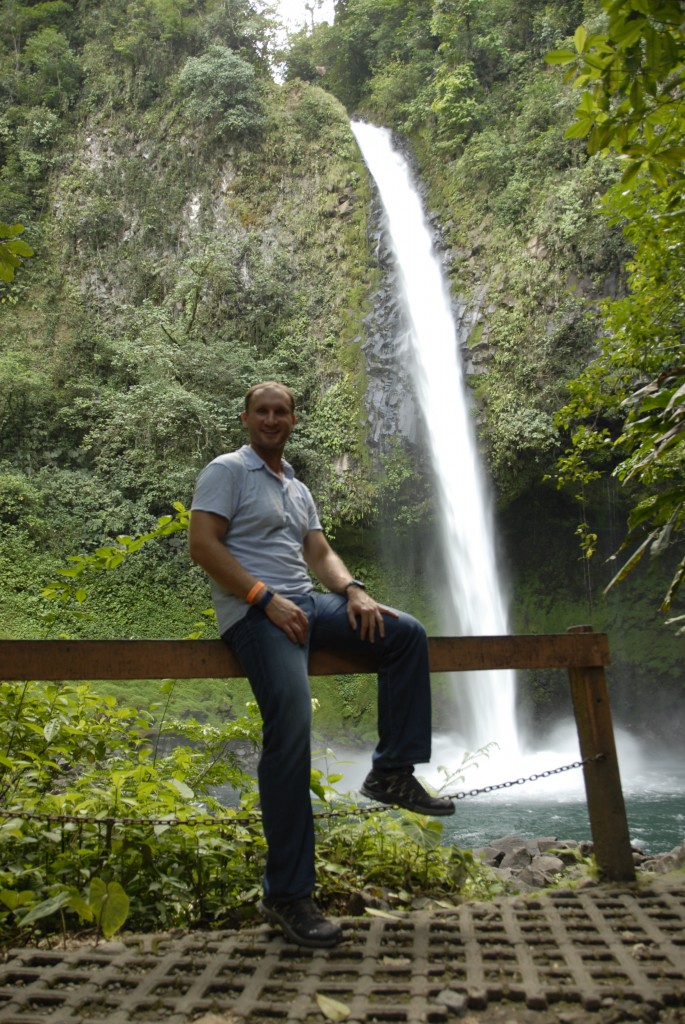 In the evening we wanted to see lava flowing down the western side of volcano Arenal and booked a tour for 45 USD.  The tour company took us to an observation platform, but lava was nowhere to be seen.  We sat down for five minutes staring at the darkness and then the tour guide offered everybody to leave and come back again tomorrow, if interested.  Only later we learned that the local people had not seen lava for more than a month.  Suddenly, all this tour seemed like a bad joke…

At night we went to Tabacon Hot Springs resort.  It was a very nice and upscale place, but the surprise factor was not there anymore, and the crowd was much older – mostly grim-looking new Russians and obnoxiously laud French.  After a quick splash and buffet dinner, we returned back to our hotel to get ready for the tomorrow’s trip to Byblos Hotel in Manuel Antonio.  This hotel is co-owned by Davis, also a motorcycling enthusiast, whom we briefly met at the Mexico – Guatemala border few weeks ago and who has kindly invited us to stay at his place.