We got up early and left La Fortuna after a quick breakfast at the hotel.  The road headed south through mountainous terrain and the road conditions were excellent, until we hit a roadblock few miles west of San Ramon.  Recent rains made the road impassable and we had to make a half an hour detour through some unpaved, rocky, steep and muddy roads, where only 4WD vehicles were able to drive through.  It is not an easy exercise to balance a 600 lbs (270 kg) fully-loaded motorbike in such conditions, but we both survived unscathed.

Highway to the Pacific coast was fast, although we had to stop and ask for directions a couple of times, since the road signs were missing.  We decided to not stop for lunch and continued straight to Manuel Antonio, down the scenic coastal road, surrounded by palm plantations, most of which are still owned by Chiquita Brands (former United Fruit Company).

We reached Manuel Antonio in the afternoon and quickly found Byblos Hotel, where we were greeted by Davis, his wife Sari and the staff of the hotel.  It was a lovely place, next to the jungle and the ocean, with all kinds of animals and birds running and flying around: capuchin, titi and howler monkeys, sloths, agutis, toucans, even a crocodile (which we did not see, but joked quite a bit about).

It was a nice and sunny day, so we went to see the beach and had late lunch at the restaurant there.  Red snapper and Imperial beer were exactly what we needed, after a half-a-day ride!  In the evening, Davis took us to Mariposa hotel to see the sunset and then to a wonderful seafood restaurant, where we tried tuna steak that simply melted in the mouth.  It was such a treat! 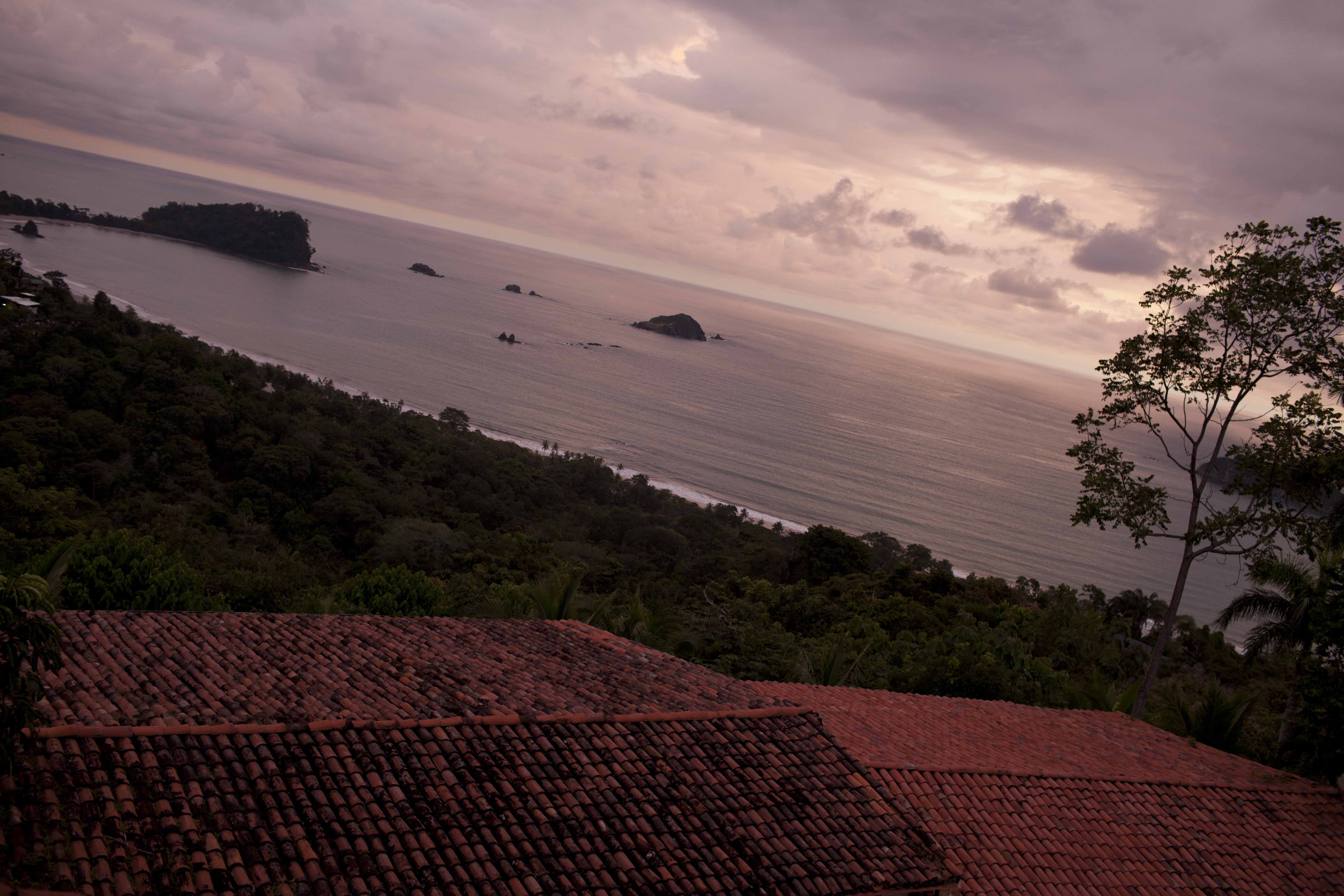