Another day of lots of riding towards Arica, Chile.  Met an interesting Russian couple from St Petersburg in the morning; they have been traveling by car (Toyota Hilux) from Argentina.  Combination of straight roads and mountainous curvy roads.  Side case of Gintaras falling off the bike at 80 mph speed.  Vadim watching it slide on highway in front of him. 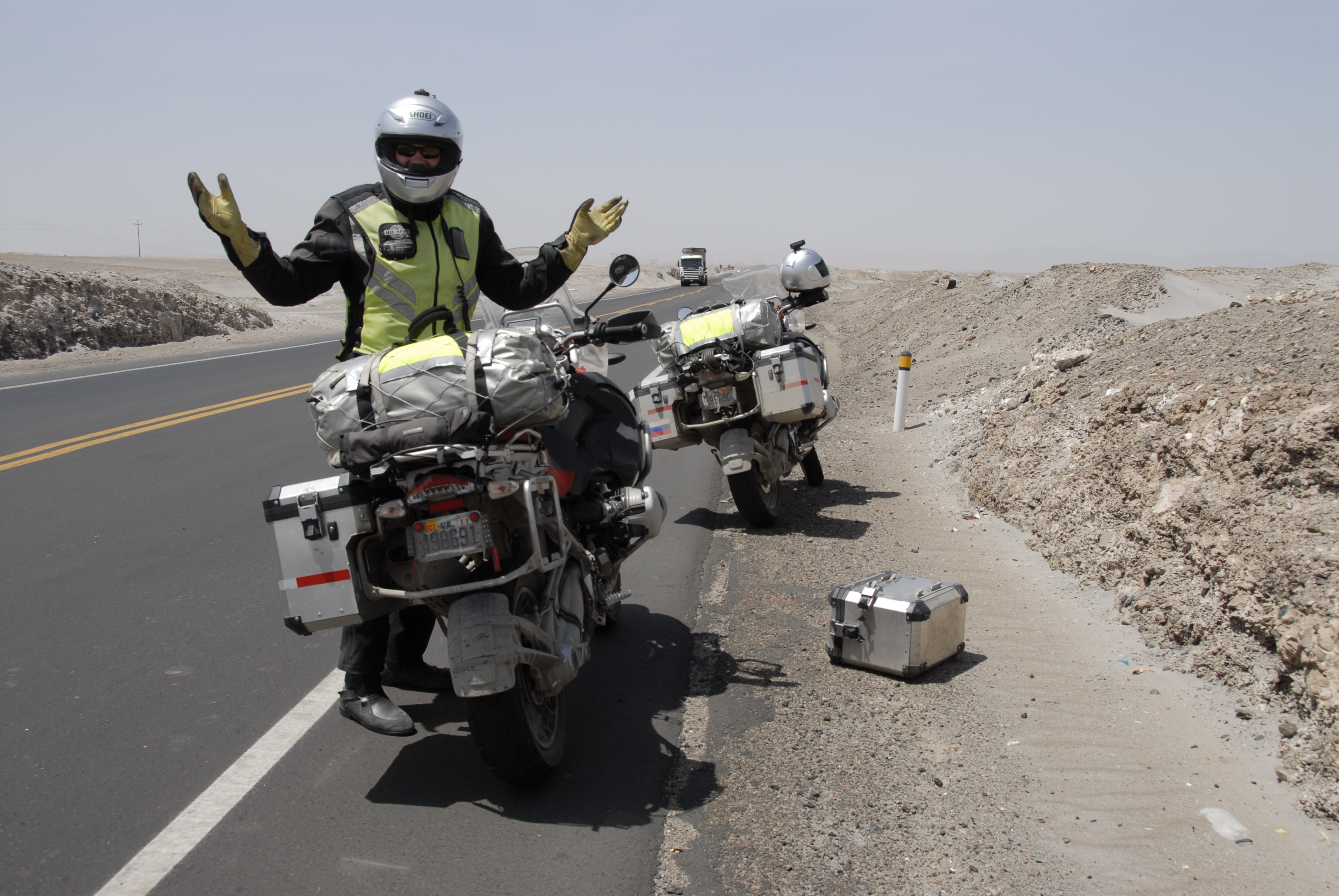 Reattaching the case without problem and continuing the journey.  Met a group of bikers from Colombia and Costa Rica.  Had lunch in a small village (chicken and rice); kids helping to set up the table.  GPS is crazy; following paper maps and road signs instead.  Slippery road on turns in the mountains due to tar fillings.  Reaching the border without problems. Met the guys from London, Ireland, and New Zealan again at the border.  They were a few minutes ahead of us.  Straightforward but long process at the Chilean border.  It was hot.  Vadim’s bags X-Rayed. He was upset about the process – he was tired and very hot in the moto gear.    When arrived to Arica, we stopped at the first hotel but were only able to get one night stay because of unavailability during the next few days due to Dakar.  The hotel Reception was able to help us get two extra nights at a different hotel.  Dinner at café del mar (michelada, juice, seafood and chicken salad).