Checked out from our hotel as it had no availability due to Dakar event demand.  Washed our bikes – the first wash since Panama City – very dirty.  Checked in our new hotel.

In the afternoon, rode motorcycles along the same road as Dakar racers. 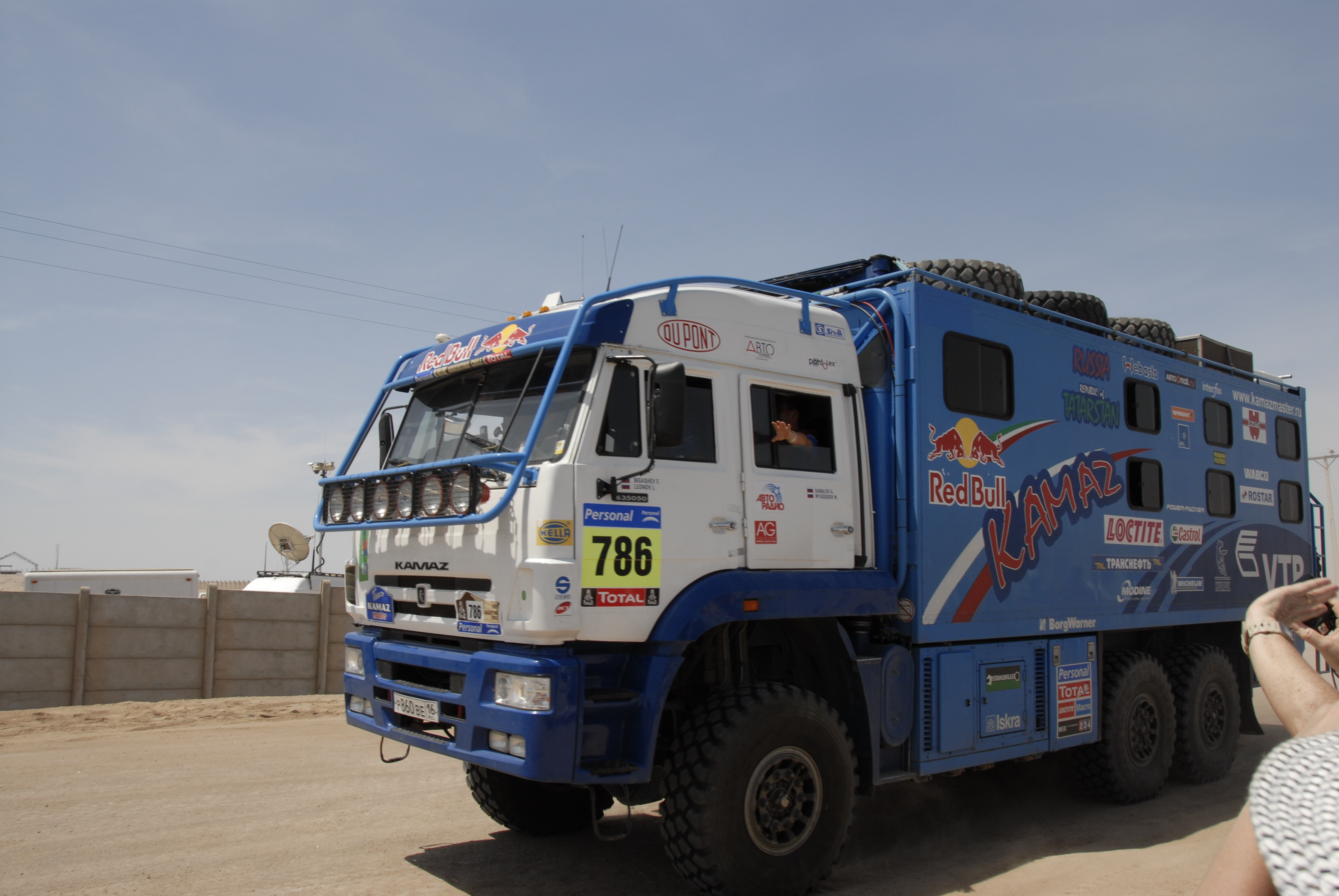 Were met by crowds and waved at as they thought we were part of Dakar 2011.  We did look professional with our BMW bikes and full gear. Because, we rode our motorcycles, we received more attention from the crowd than trucks.  We were stopped many times by crowds to take a picture with us.  Vadim was signing papers and baseball hats by unstoppable crowds.  Women were clinging to us to take a photo.  In late afternoon, we went to the Dakar camp that was set up for them in the beach and watched other racers arrive to the camp.  There were large trucks, including the leading Russian Kamaz, and many support vehicles with many spare tires on the roofs.  It was a great event to be at.  We also saw many other motorcyclists from all over the world including two motorcycles from Maryland parked near the Dakar camp.

In the evening, we took a walk along the beach and ate at a local restaurant – giant portions of chicken in soup, but no complaints here.  Watched Dakar on TV in the evening and saw ourselves on national Chilean TV riding along with Dakar racers.  It was a historic experience to see ourselves as part of Dakar on TV.