Today was a rest day for the Dakar racers.  We decided to take it easy and relax.  Visited the mountain with Jesus monument – beautiful view of the city and the ocean.  In the afternoon, Vadim rode his motorcycle to the Dakar camp.  On way there, Vadim was driving through the beach and the nearby restaurant where he was stopped by our motorcycle friends from New Zealand, London, and Ireland.  He spent some time with them chatting at the restaurant.  After, they all went to the Dakar camp where crowds of people wanted to take pictures with Vadim and his motorcycle.  He also asked to sign t-shirts, hats, note pads, etc…unstoppable fans.  After the moment of fame, Vadim went to the tents of our friends where they met a Dakar motorcyclist from Spain (#158). 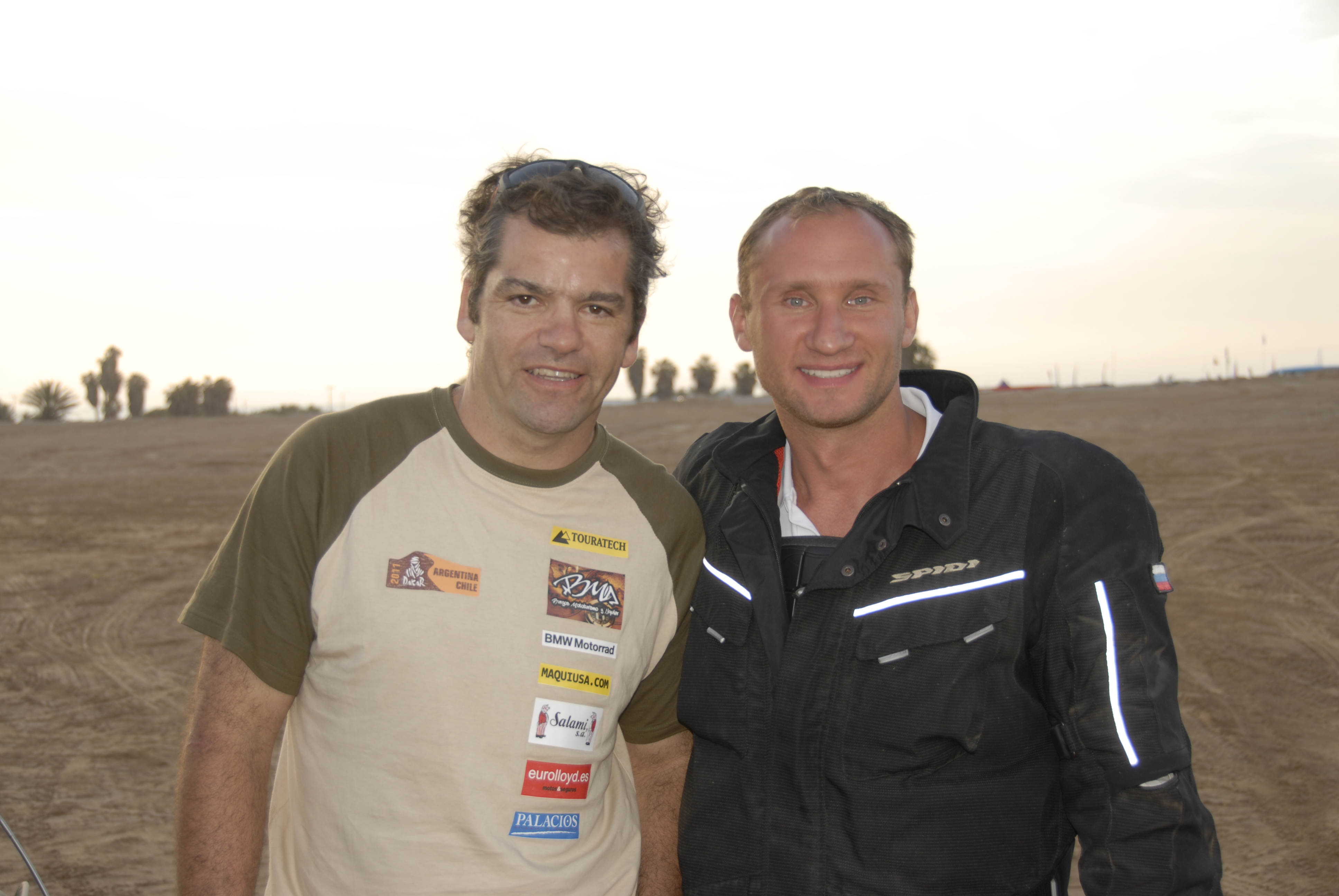 Vadim took a picture with him and later returned to the hotel.  We all went to bed early as we were still exhausted from riding during the past few days.