We woke up at 8:30am, which was a lot later than we planned.  We departed at 10am and rode till 5pm until we reached San Pedro De Atacama.  The road to San Pedro was a desert.  It has not rained in Atacama desert since 1571.  We passed a beautiful site called Moon Valley right before entering San Pedro and took a few pictures of the scenery. 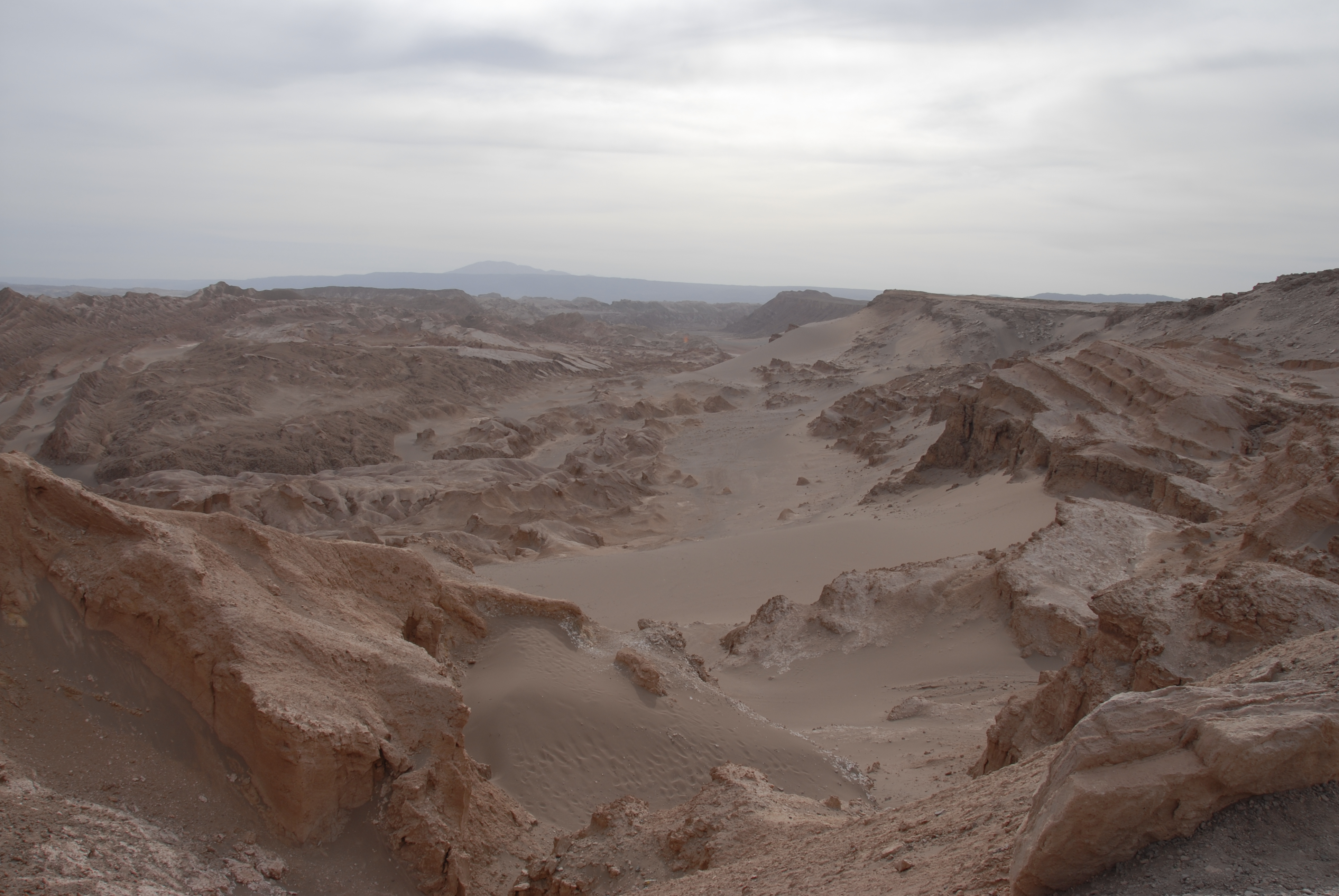 As we did not have hotel reservations, we asked a local person for advice about hotel.  He took us to the hotel but we were only able to book one night.  Tomorrow, we will have to find another hotel for one more night as we plan to take a tour around the surrounding area.  San Pedro is considered number one tourist attraction in Northern Chile.  In the evening, we went to the travel agency and booked a tour for tomorrow.