We left in the morning, got some gas in town, and headed straight to the Chilean customs and immigration office where we took care of all the paperwork to exit Chile.  We then headed into the mountains towards Argentina (160km ride).  It was cold as we got at an altitude close to 4,800 meters.  On the way, we saw flamingoes, lamas, wild donkeys, vicunias and even an ostrich.

The border in Argentina was straightforward and very efficient.  It cost us nothing to get through. 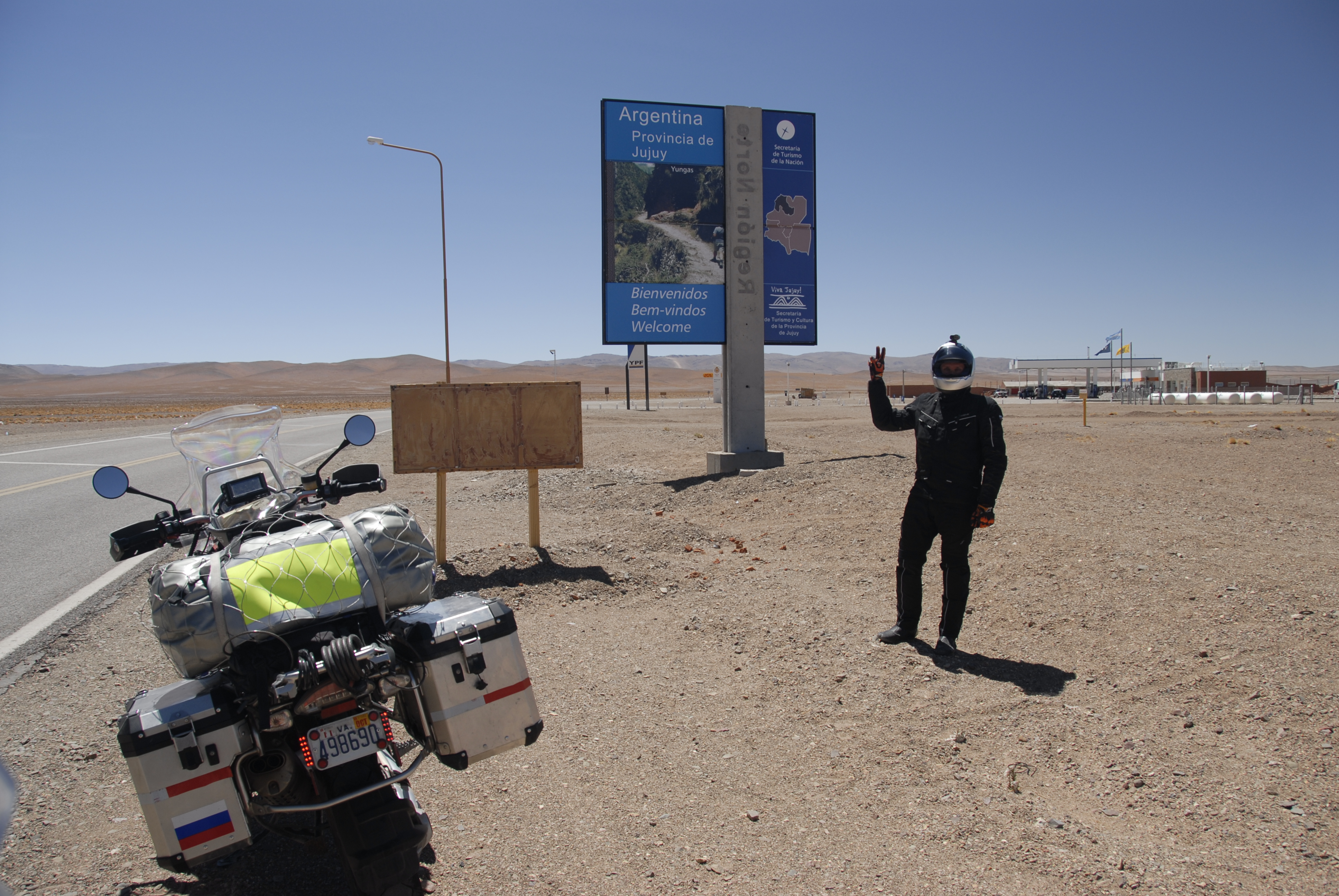 We had lunch at a local restaurant in the middle of nowhere and headed towards Salta.  We stopped at a Salt Desert on the way. 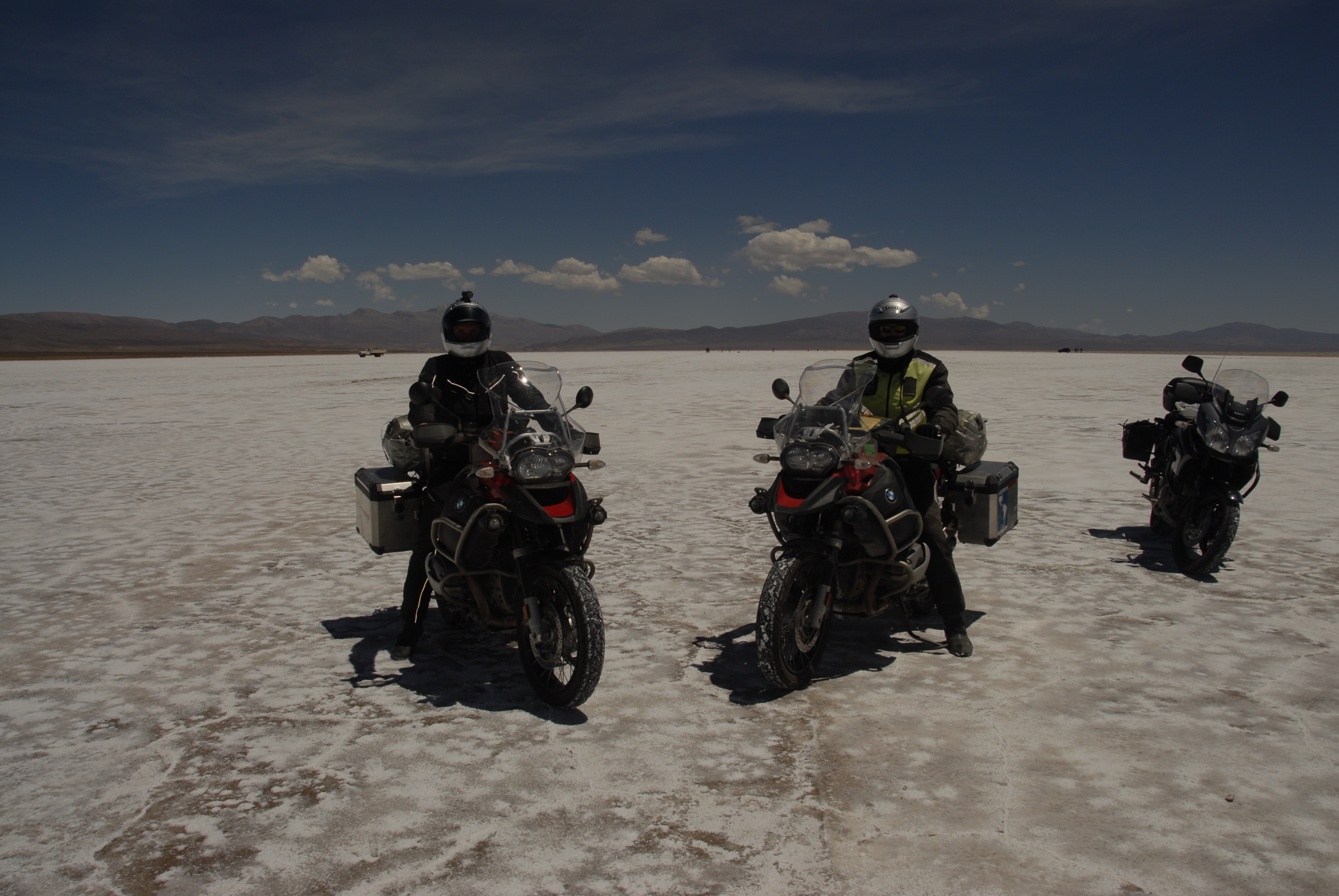 70km before Salta the road split with signs offering two routes towards Salta.  We took the route that ended up being a 50km narrow bicycle trail…yes a bicycle trail!!!  It was very twisty and there was not much space even though we saw a few cars and even a bus which required us to go on the grass to let it pass.  The bicycle trail was beautiful but took us almost 1.5 hours to complete as it started to rain.  On a few turns, our front tire slipped which almost resulted in a crash but we were lucky to avoid the accident.  In the evening we arrived to our hotel and had a large dinner.  It was nice to rest after a long day.