In the morning, we picked up our bikes from a BMW dealership in Mendoza.  Our tires were replaced with new ones and each bike received an oil change and a change of the air filter.  We departed towards Santiago, Chile straight from the dealership.  It felt good to ride the nicely washed motorcycles with brand new tires.  The ride was beautiful and we enjoyed the beautiful mountains with snow to top.

We hit the Chilean border without realizing it.  We just saw a sign “Beinvenidos a Chile.” 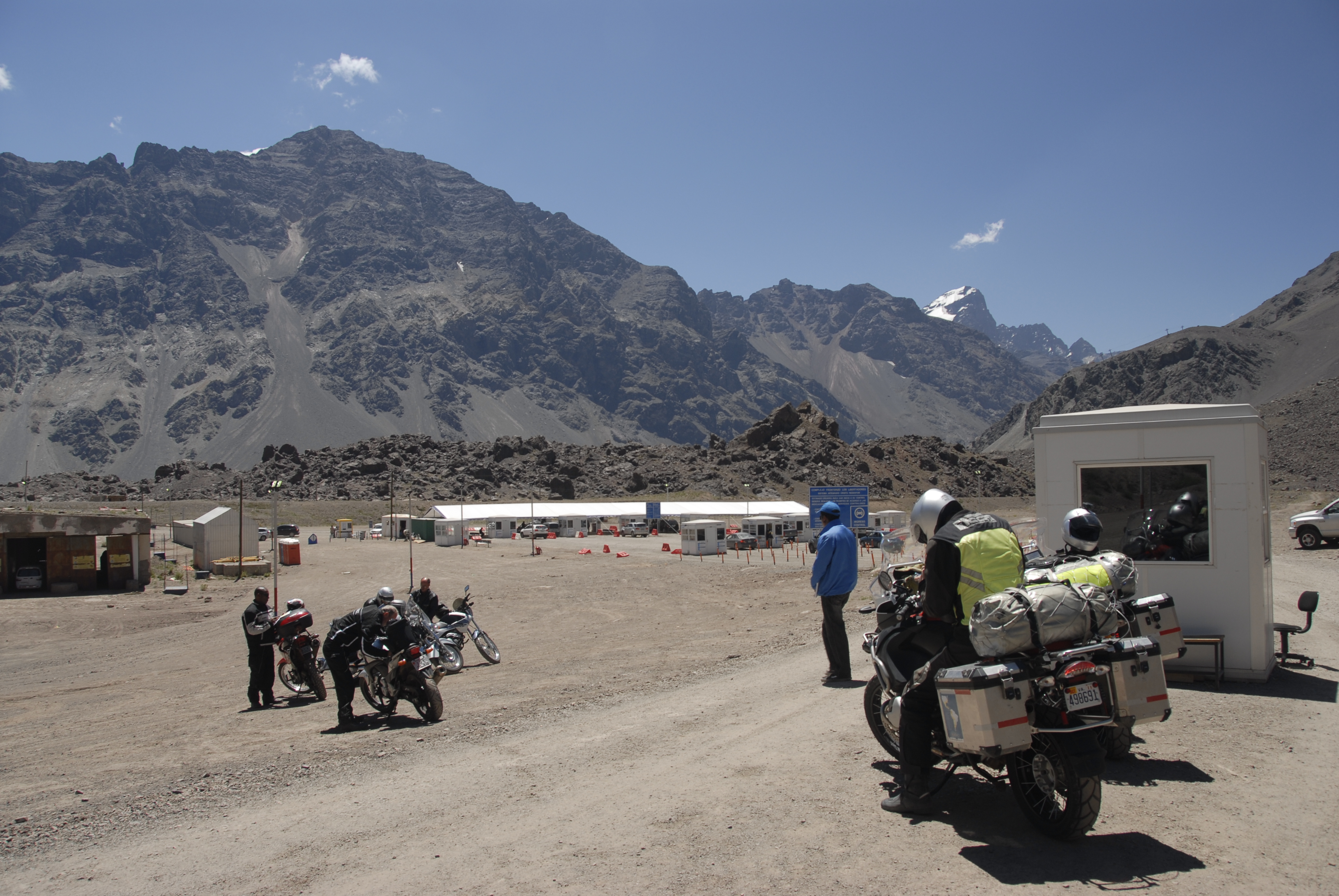 We expected to first see the Argentina customs office before the Chilean border but both were combined on this border.  It was kind of nice to have both offices within walking distance from each other.  We had a few issues of not receiving enough stamps on our vehicle permits which required both of us to return to the same offices that did not give us enough stamps on our documents.  We took the whole thing with a big smile as nothing could surprise us after going through 13 borders. But not complaints here as this border was a breeze compare to hell we had to go through in Honduras.

On way to Santiago, we saw a burning bus on the road.  The smoke was black with flames.  All passengers lined up along the road with their belongings watching their bus burn to the ground. 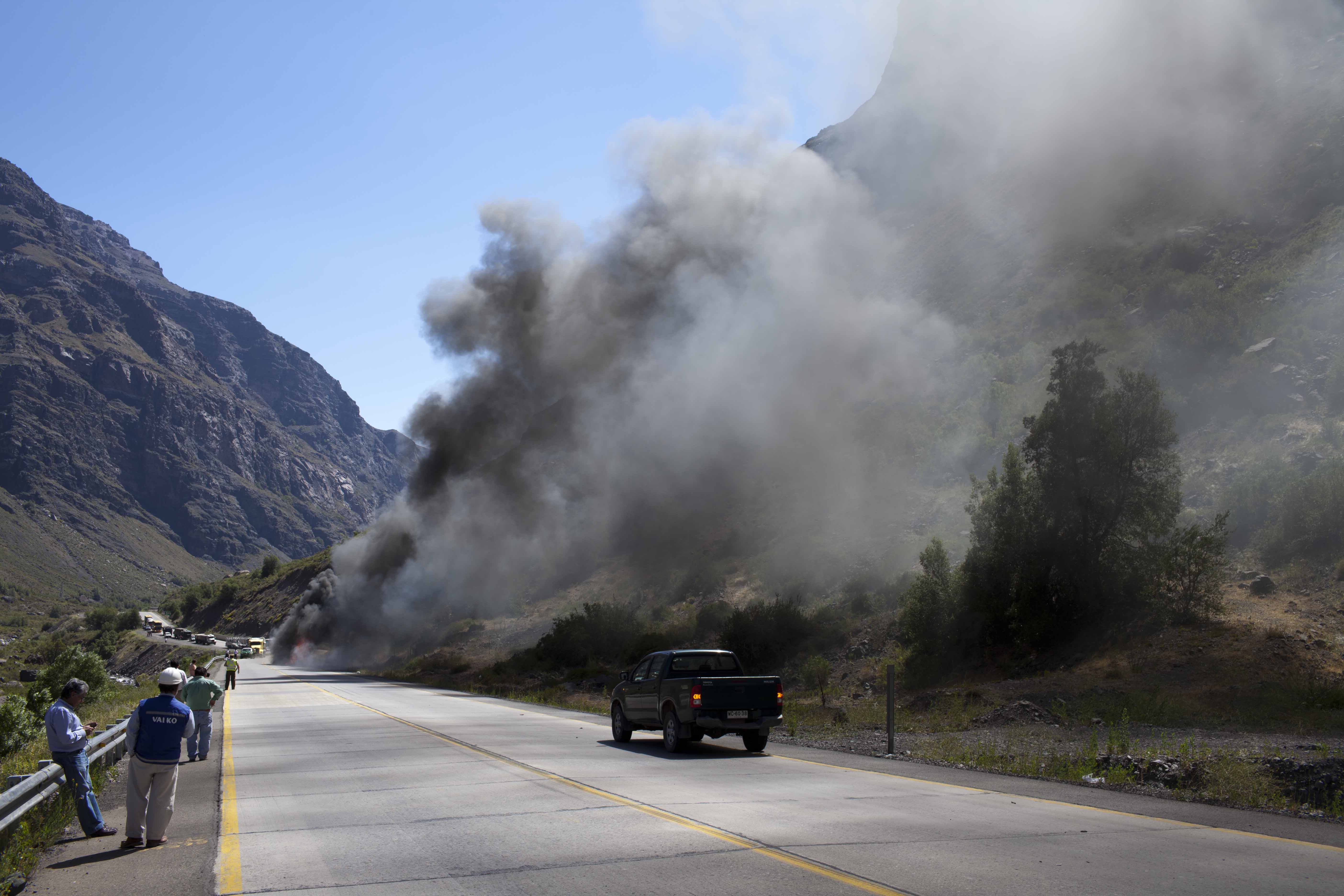 Vadim was lucky enough to get through the police blockade before they shut down the road.  Gintaras enjoyed the fire scene for one hour, which included the fire team putting out the fire. About 60km before Santiago, Gintaras was stopped by a motorcyclist from California that we met at the Mendoza BMW dealership yesterday.  He was traveling with his wife on his BMW GS800 from Mendoza to Santiago.  His engine got overheated and motorcycle could not be started.  Upon reaching Santiago, we learned that we could not get a room for the night at a hotel we though we would stay at.  Vadim, while waiting for Gintaras to arrive, walked around the area and found a different hotel where we ended up booking two nights.