We took off early with an idea of crossing the border before noon and getting deep into Panama before sunset.  Davis escorted us through Quepos to Dominical and then we continued on our own down the Pan-American highway. 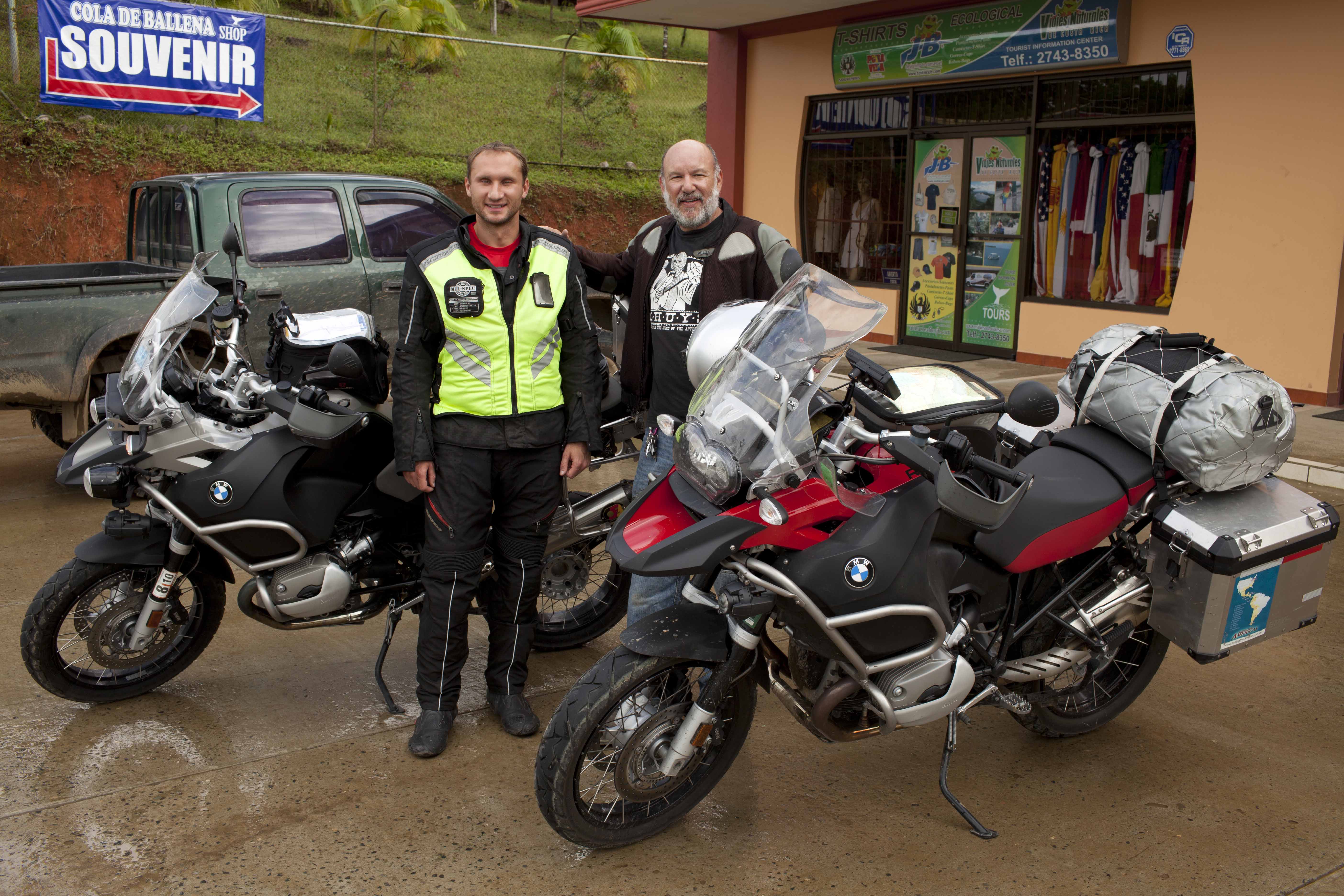 It started drizzling as we were approaching the border, and it looked like our luck was running out (we had avoided the rain for 45 days straight!).  The road to Paso Canoas, the border town between Costa Rica and Panama, was full of trailer trucks.  We passed them all with no hesitation and went straight to the customs / migration offices, where we hired a helper to get us though the border as quickly as possible.

As we were chasing the helper from one office to another, we ran across few other travelers.  Frank, a devoted kite-surfer from Germany, has been on the road for more than four years; he was heading to Venezuela in his recently purchased van with California license plates.  We also briefly chatted with an Israeli-American couple who were riding to Argentina on two motorbikes.

The border area had a number of duty free shops and eateries.  We stopped at one of them that looked like a large warehouse for a quick meal.  It started raining really hard after lunch and we hoped that the rain would stop before we exit the border area.  A couple of hours later, all the documents were ready (this time the helper earned his tip).  We passed fumigation control and headed out towards Panama City.  The road was excellent, a four lane divided concrete highway, but the weather did not co-operate.  It rained most of the time for the next few hours, sometimes very heavily.  We had to ride more carefully, especially, on the turns.  Fortunately, our rain proof gear held up really well.

We passed a couple of small towns, but for the most part, the road went through agricultural areas.  Police stopped us a couple of times, but only looked at our passports and let us go.  We reached Santiago and hour before the sunset and decided to spend the night there.  It took us some time to find a hotel, since few places were over-booked.  The hotel was on the main street, which was crowded with street vendors and shops.  Loud music was playing outside and a middle-aged lady was dancing on the sidewalk in front of the entrance.

The room was only 25 USD, small and dark, but with A/C and shower – good enough for two tired and wet travelers.  We changed our clothes and went to a local eatery around the corner for some tasty chicken.  After the dinner, we walked down to the main square with a nice church in the middle.   The evening mass could be heard all over the place through a number of loudspeakers placed outside the building.  There was not much else to see.  We came back to the hotel and dropped dead. 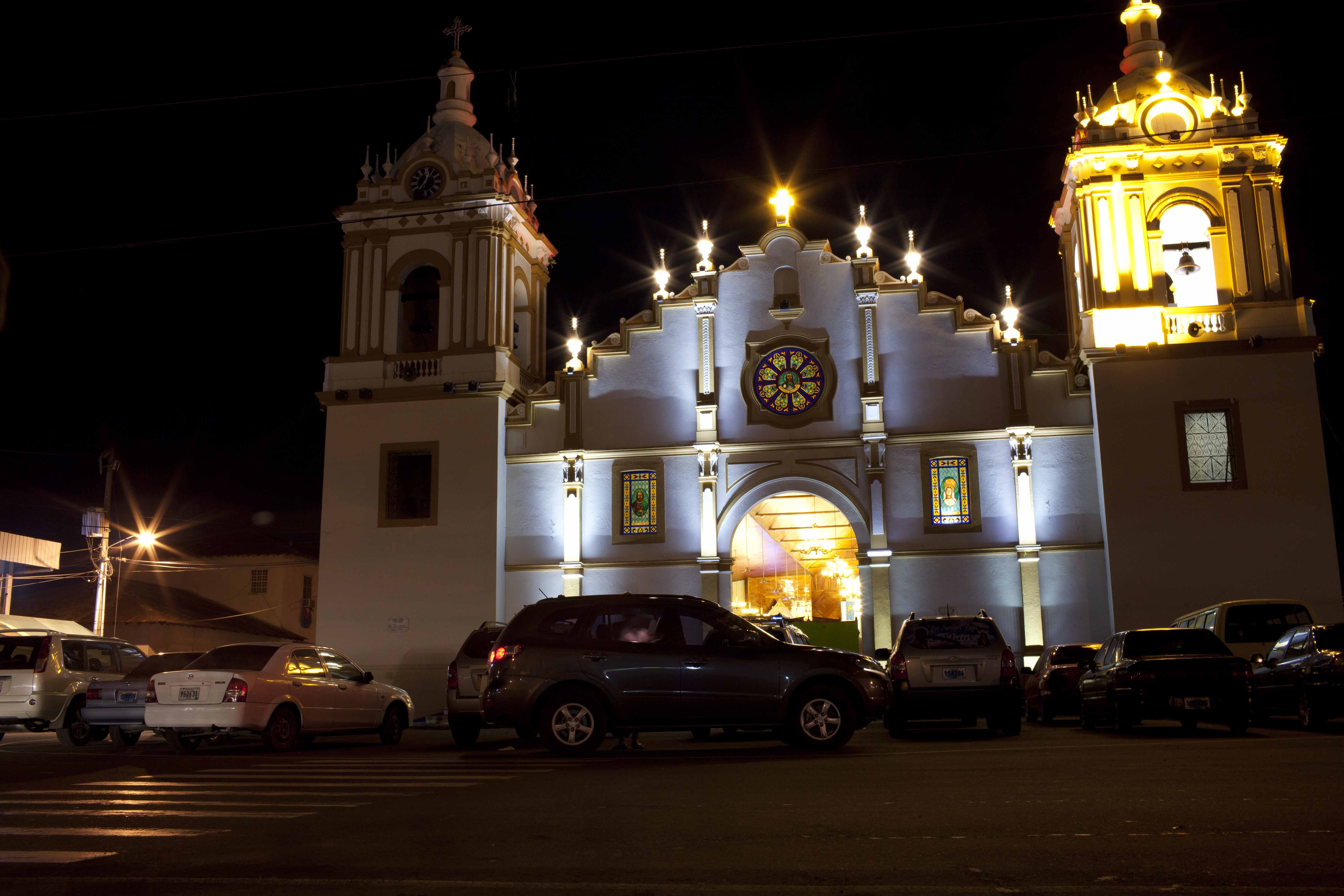