It was a chilly morning.  Vadim put everything he had on to keep himself warm: two pairs of socks, thermal base layer and even motorcycle jacket liner.  Gintaras chattered his teeth from cold, while hiding in a fetal position under a thin cotton bed sheet.  We had no idea it could get that cold in Panama at night; our building had thick walls, but no heating.  Only later that morning we understood the reason for the unexpected climate change – the central air-conditioning unit had been running the whole night on a minimum temperature setting.  We simply forgot to set it right.  What a bummer!

Vadim jumped out of the bed and ran to a gym together with Frank, but both came back half an hour later, since the gym was locked.  Marty, the Canadian guy, stopped by on his way from a nearby hostel and we all walked down to the Independence Square, which was full of Sunday action: a group of indigenous people (possibly, Kuna) were dancing, street vendors were selling Panama hats, jewelry, textiles and food.

Indigenous Dancing on the Independence Square

We sat down outside under the shade for an early lunch of some seafood with rice.  The square was crowded, live music was playing and the weather was perfect.  After a quick bite, we went to the nearby Panama Canal Museum, housed in a nicely restored building.  The exhibits were interesting, but most of the explanations were only in Spanish. 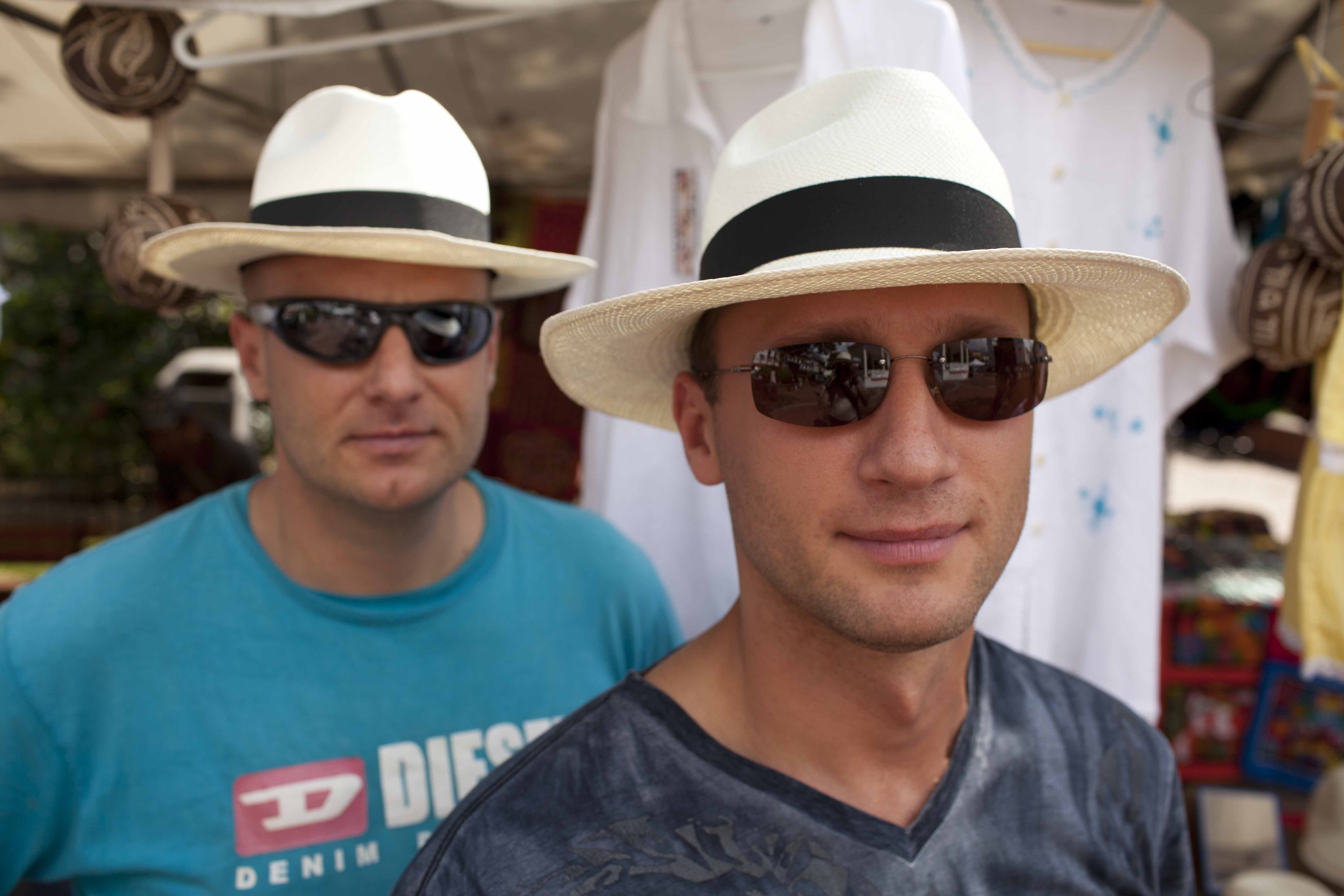 In the afternoon, we took a cab to Albrook shopping mall to get a haircut.  The mall was very modern, with several stories full of shops and a food court that looked like a nightclub with dimmed lights, loud music and clouds of smoke from burning oil.  It took us some time to find the salon, since there were no directories.  The guy who cut our hair did a mediocre job, but it took him only five minutes and we only paid him five dollars each.

We finally heard back from Ludwig, captain of Stahlratte (http://stahlratte.org), who confirmed that two spots are available on his sailboat for both us and our motorbikes.  It is going to be an interesting three day journey to Colombia!

In the evening, we had a fixed-menu 14 (fourteen) course dinner at Manolo Caracol, a lovely restaurant in Casco Viejo, owned by a Spanish chef.  This was by far the best dining experience on our trip.  Bite-size dishes were very creative, with contrasting temperatures and flavors, and an eclectic mix of ingredients.  What a treat!