Vadim and Frank drove to Colon to meet a couple of shipping agents and came back in the afternoon with more info and quotes.  Container shipping was the only option for Frank, and he needed to find more people to share the available container space and reduce cost.  Unfortunately for him, we decided to ship our bikes on Stahlratte, the largest sailing boat available, with a stop in San Blas Islands on the way to Cartagena, Colombia.

At noon, we moved to a new apartment upstairs – a much larger suite with two bedrooms – but for the same cost.  Casa Sucre has been a lovely place to stay at and we really needed some time off.  Our motorbikes were ready, but we decided to leave them at the BMW dealership till Friday and then go straight to Carti to load them on the sailing boat.

It rained all afternoon.  We had some nice soup and overpriced sandwiches for lunch, and then wandered in the streets of Casco Viejo, hiding under balconies and trying to stay dry.  We saw many ruins next to expensively renovated houses and the feeling of astonishment has never abandoned us. 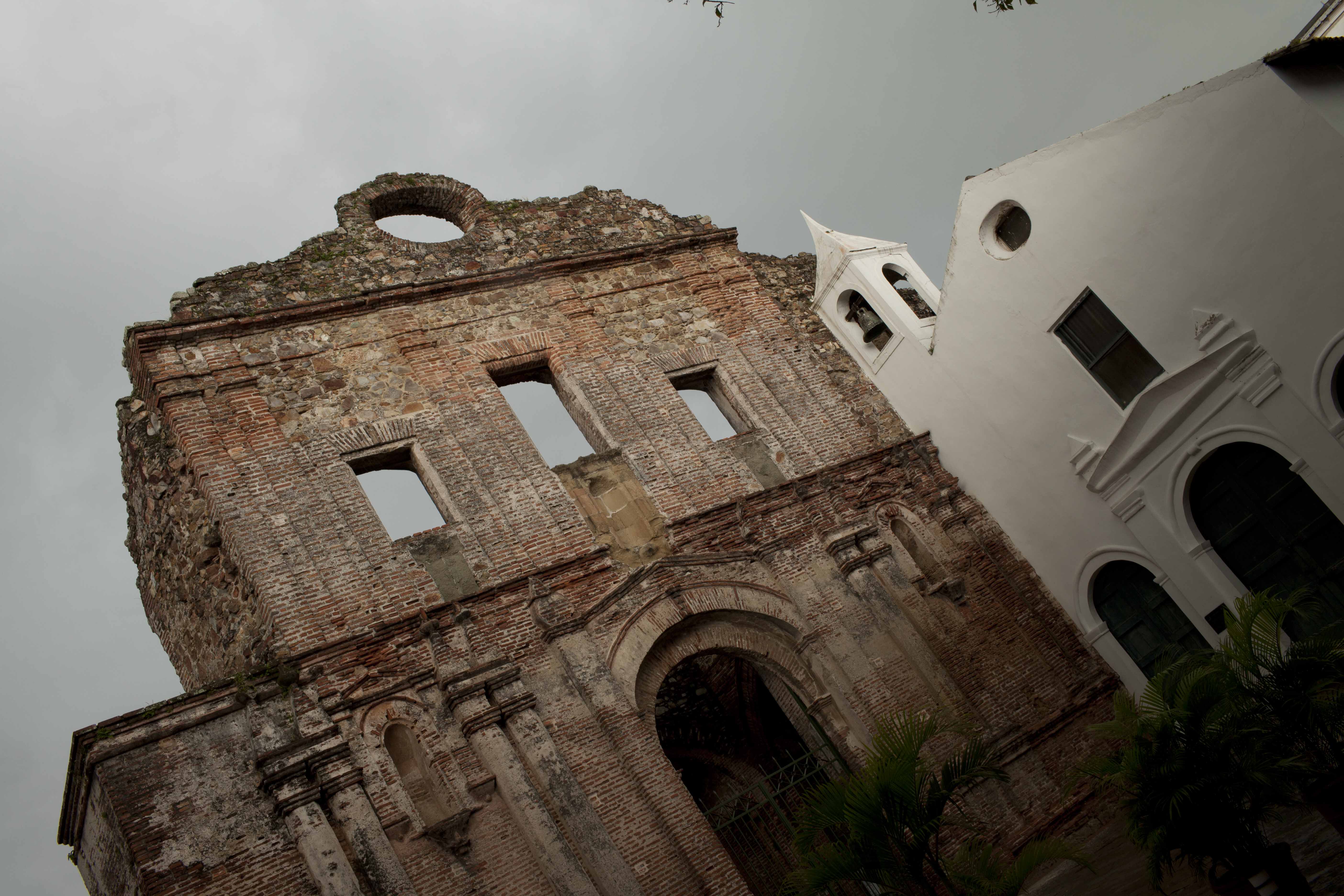 Old and New in Casco Viejo

At one point, we came out to the waterfront, where children were happily digging through a mountain of rubbish; few discarded handbags without wallets were lying around. 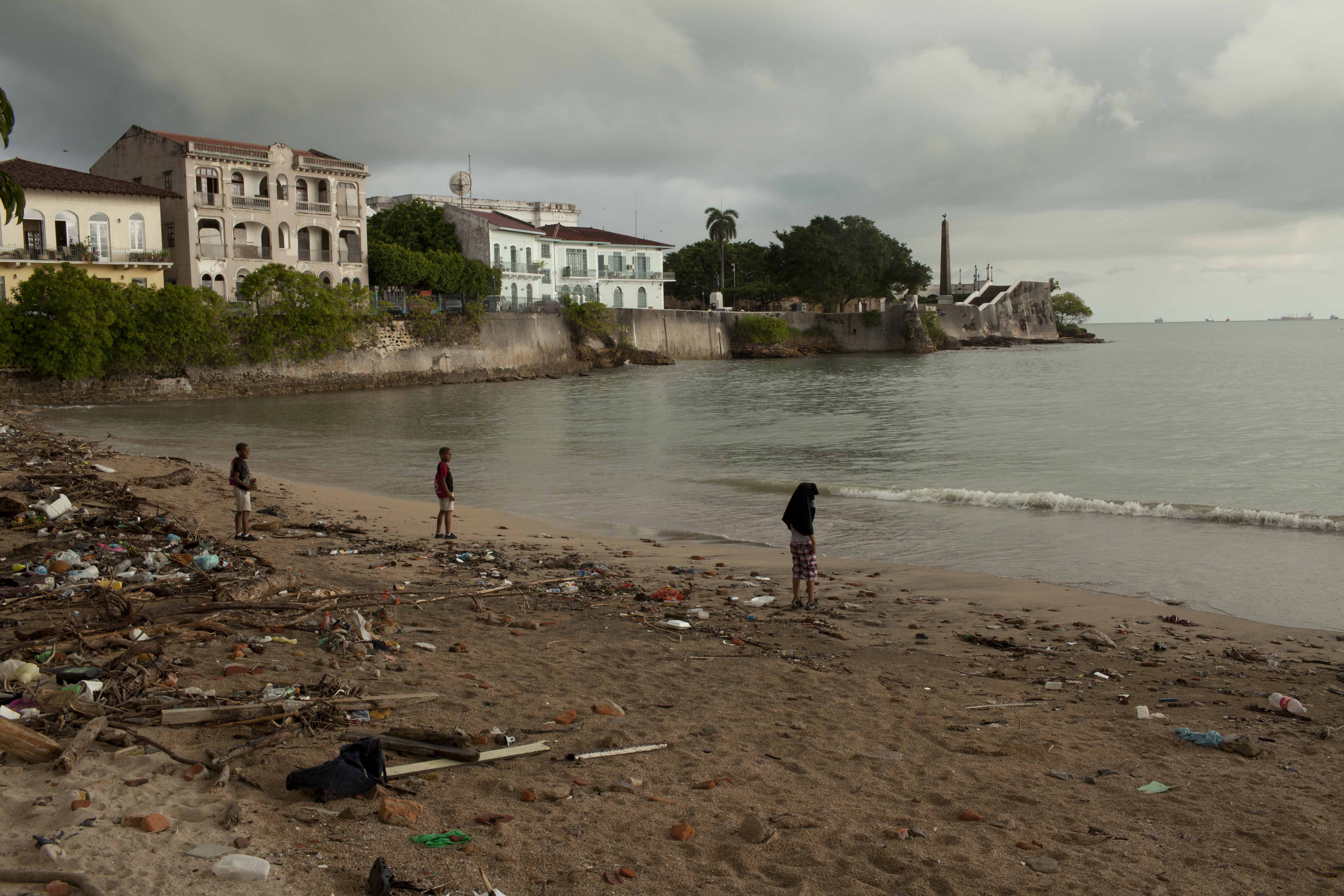 The rain stopped and a nice view opened up from Plaza de Francia, next to the French Embassy and National Institute of Culture. 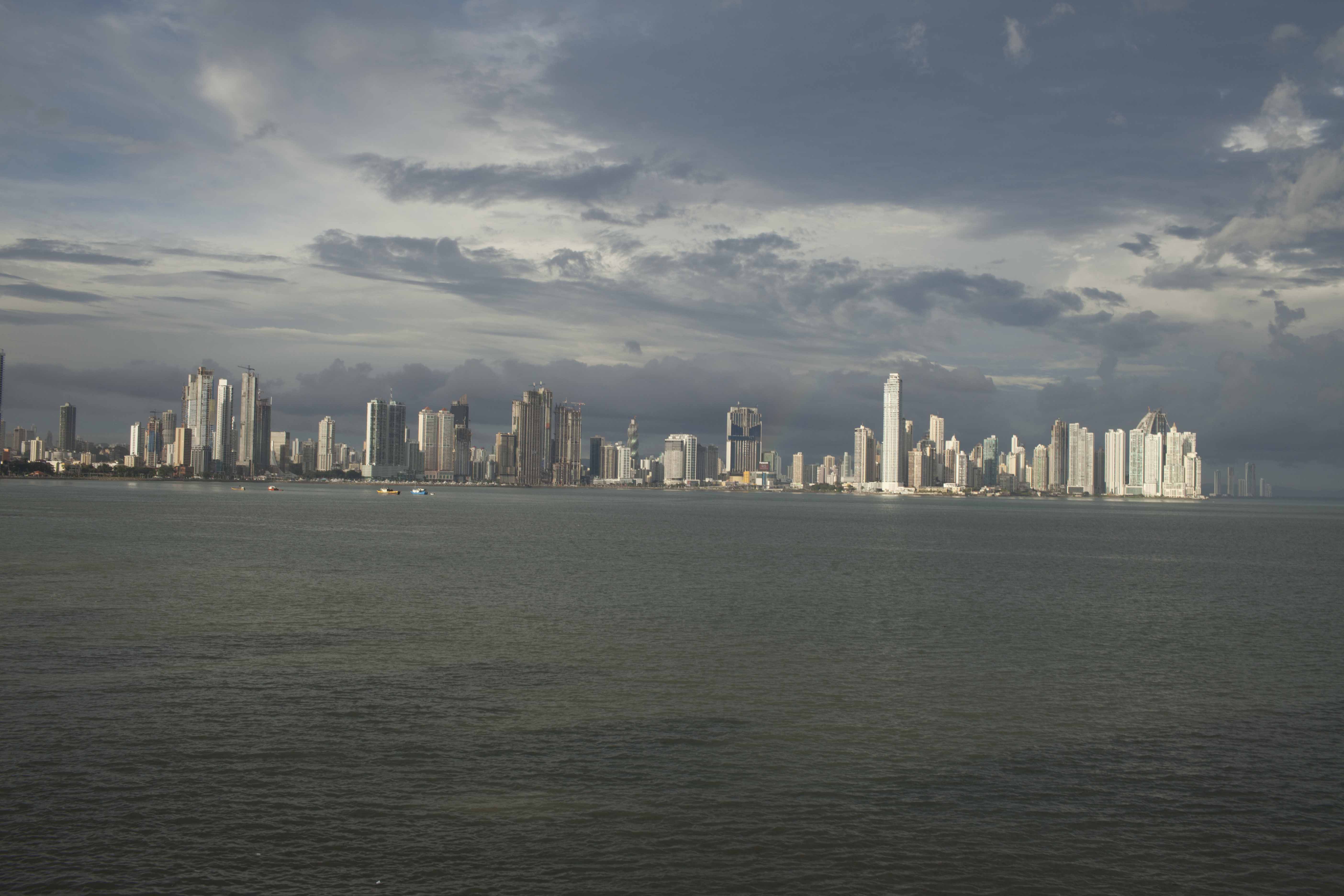 View of the Business District from Casco Viejo

We circled around for another half an hour, while Frank and Vadim were enjoying a long and heated discussion about who won the WW II. 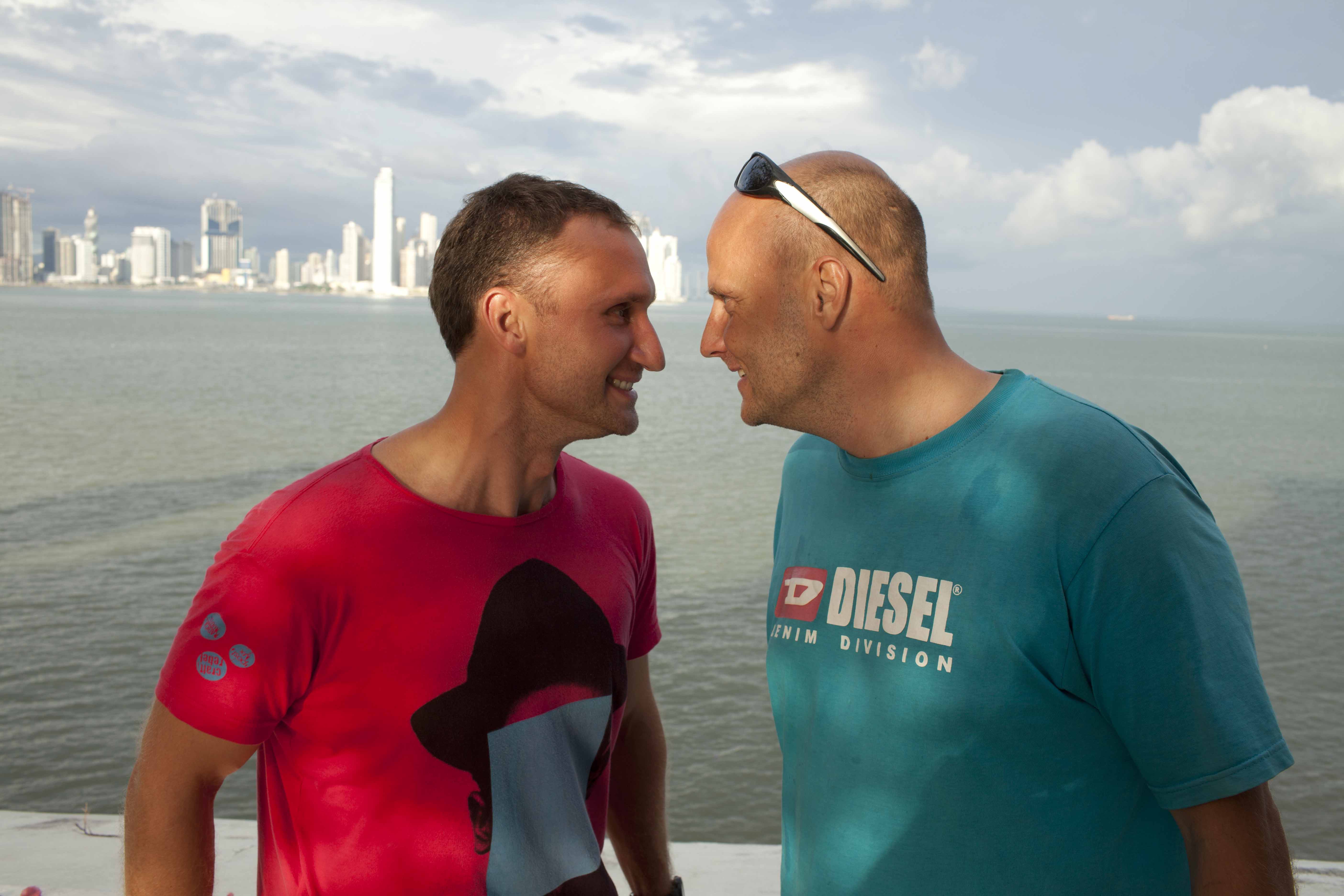 It was a rainy and lazy day.  We walked slowly back to the hotel, took a long nap, and only went out late at night in search of food.  We found a nice restaurant – Rene Café – and had a nice fixed-menu dinner of several small dishes.  Frank and two other German guys, who were heading to Colombia in an old red Cadillac, joined us.  We chatted for a couple of hours and then retired back to the hotel.