Vadim and Frank decided to take a boat to Taboga Island in the Pacific Ocean.  The ferry left at 8 am and it took them about an hour to reach the destination.  After a quick breakfast on the island, they hit the beach.  Taboga is a fairly small island but with beautiful nature.  One could see the Panama City skyline from the beach.  At one point, Vadim ended up with a fishing hook in his foot, fortunately, his injury was not major. 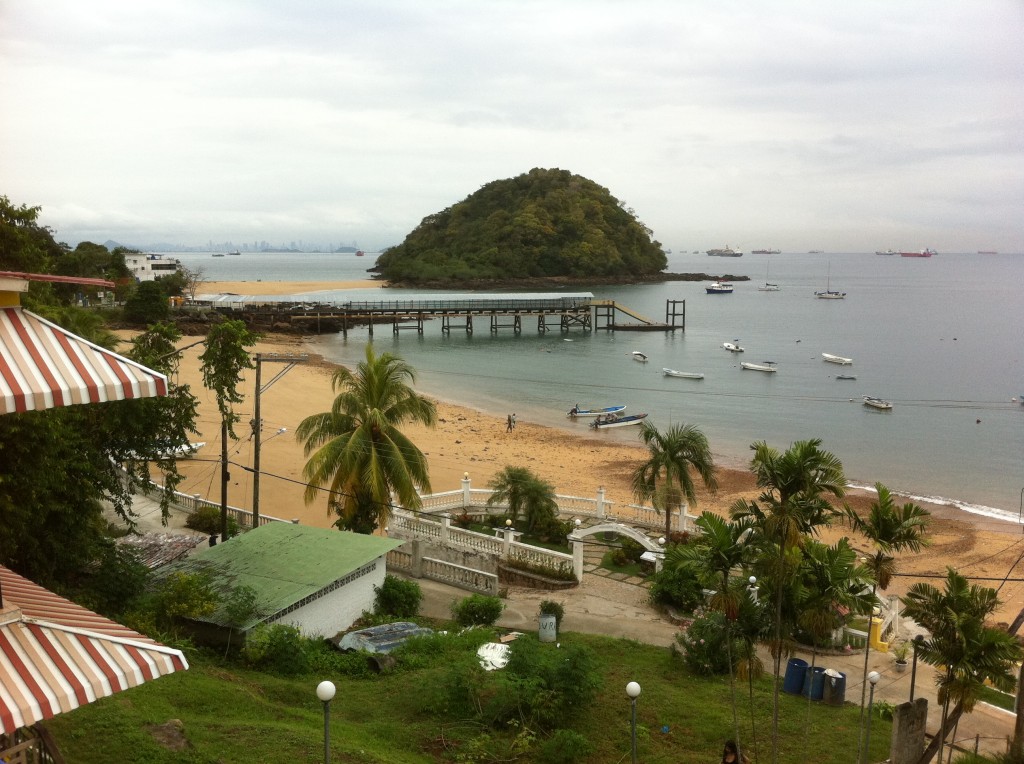 The day was not totally wasted on entertainment, since Frank was helping Vadim improve his Spanish.  They also had an opportunity to discuss new ideas of where to go on their next trip in 2-3 years.

Gintaras slept in till noon and then ran for lunch to Café Regina, followed by basil and guanabana ice cream at Granclement.  He worked all afternoon on the website, until Vadim came back from Taboga Island for his Spanish lessons.  Vadim spent a couple of hours conjugating verbs, but then the hunger took over and we all went to Café Coca Cola for dinner.  The café was full of locals; we sat down at a table near the entrance and had some pork tongue and chicken with pasta.  After the meal, we bid farewell to Frank, who had to leave to Colon to ship his car by container the day after.  We hope to meet him in Cartagena, Colombia next week.