It was sunny and lazy morning.  The crew and few other people worked in the galley preparing breakfast.  The smell of bread, salami, cheese and fresh tropical fruits was hanging in the air.

Stahlratte started moving forward soon after the breakfast.  We slowly passed several islands inhabited by Kuna Indians and saw a number of houses on poles with kids running around, women taking care of their babies and men working on their boats. 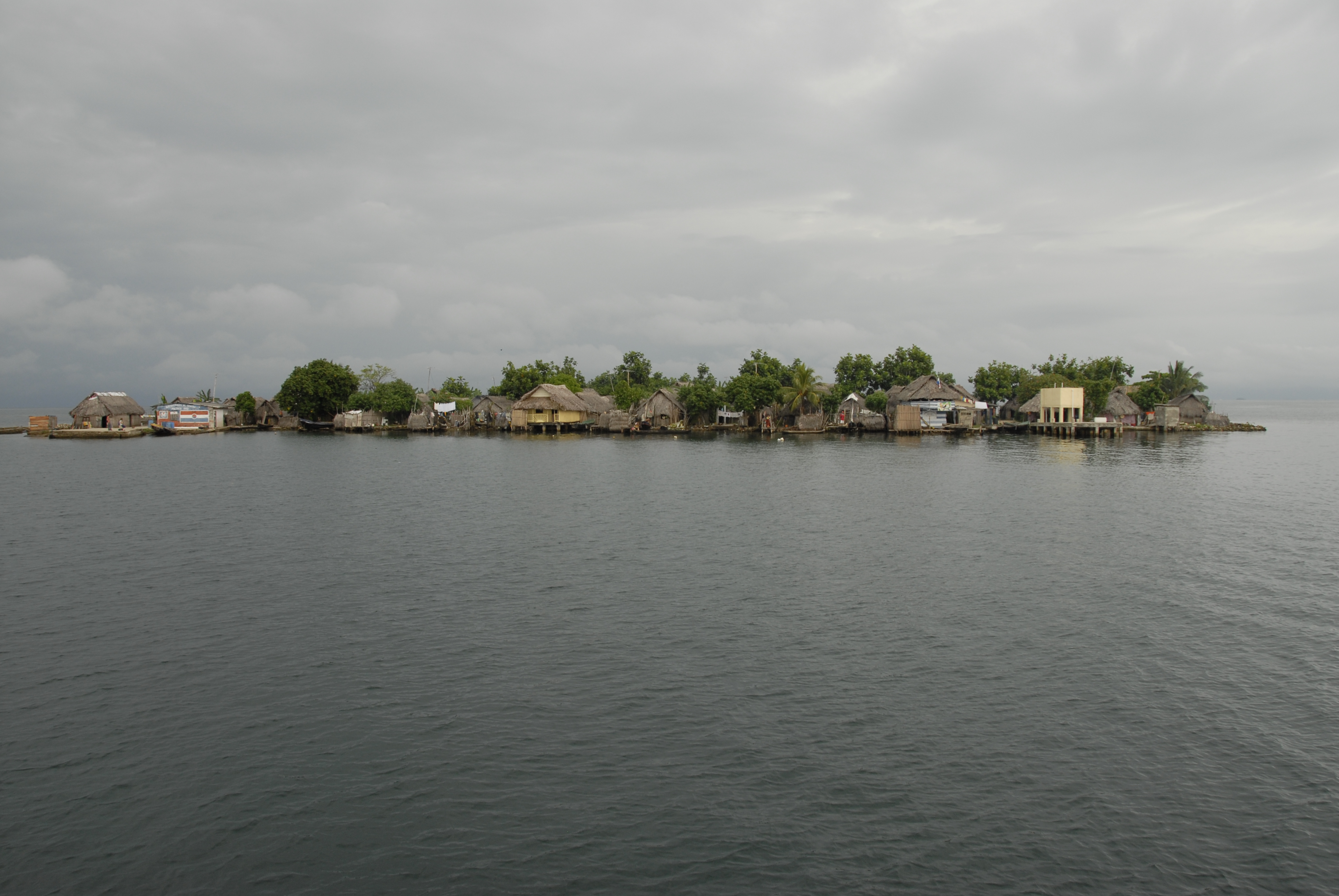 The ship chugged northeast for a couple of hours and then dropped the anchor next to Coco Banderas – a small but beautiful uninhabited island covered with coconut palms.  There were few smaller islands, a shipwreck on the reef and a couple of small private boats nearby.  People on Stahlratte were relaxing: swimming, snorkeling, rope swinging, climbing up the crow nest, drinking beers, lying on beach chairs, reading, chatting, taking pictures and some of them smoking weed. 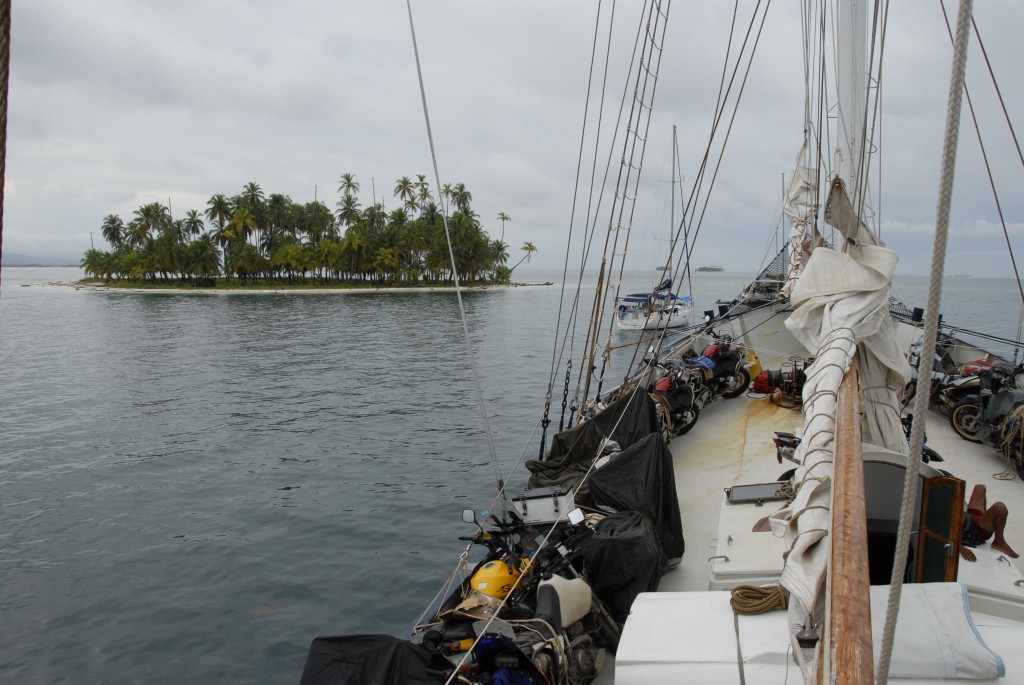 View from the Top Deck on Stahlratte

A couple of Kuna Indians arrived on the ship by boat to sell freshly picked coconuts.  One of them worked masterfully with his machete and soon we had a gallon of coconut juice and a large bowl of coconut meat.

The day went by very fast, but the captain had one more little surprise for all of us – a barbecue dinner on the island.  It took several trips on inflatable rubber boat to get everyone onshore.  We sat down around the fire, while Roli was flipping big chunks of meat on an improvised grill.  The food was good, but we had to leave soon after the dinner was over, since it started raining.  It is the end of the rainy reason in Central America, but it still rains every day. 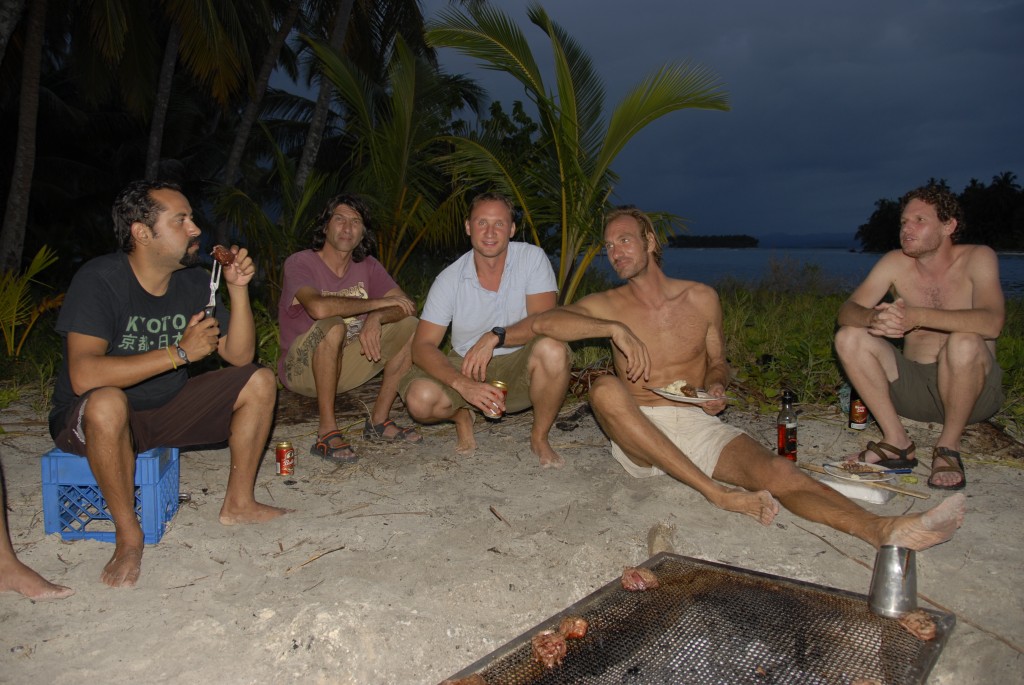 Back on the ship, some people continued partying, while the others went back to their beds.