It was rainy and stormy night.  The ship was rocking hard and we had trouble sleeping.  The captain had to move the ship further from the island in the middle of the night.  In the morning, the crew spread out a water-proof cover over our heads for the breakfast.  By noon, the rain has stopped. 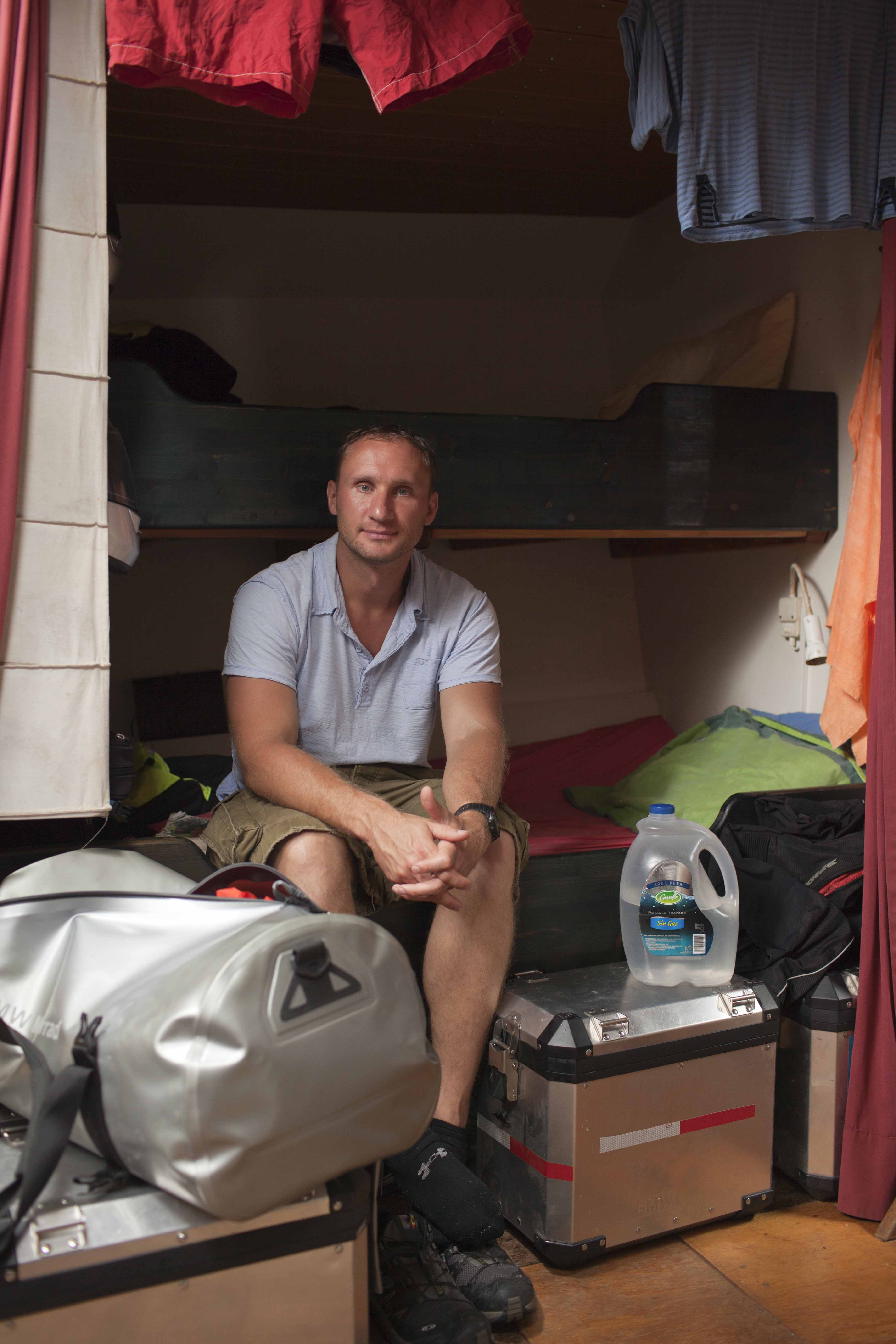 One more biker, John from Oklahoma, arrived with his motorbike and two Indians on a small wooden boat.  It took him three hours to get to Stahlratte from the coast in a terrible weather.  He looked very happy and cheerful; we later learned that John had several tire punctures on the way from Panama City and missed Stahlratte’s departure from Carti. 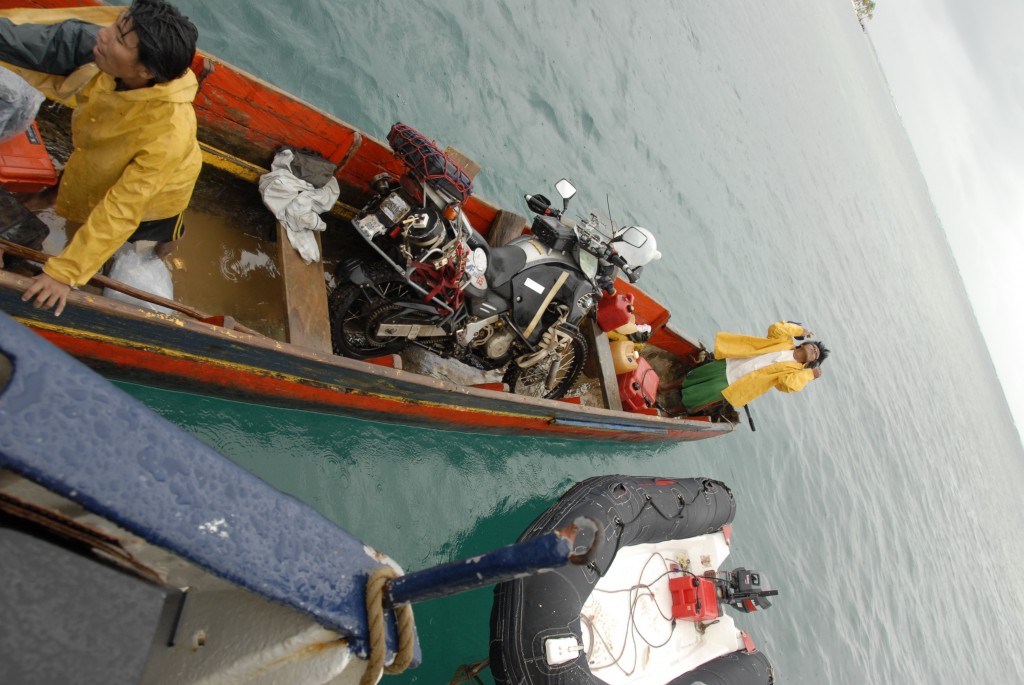 Ludwig, the captain, prepared a vegetarian, vegetable and couscous, dish for lunch.  Few other Indians appeared on board out of nowhere.  Two Kuna women spread out their molas for sale.

The rest of the day was very lazy.  People slept on the deck, swam to and back from a nearby island, chatted, and read books.  It was our last day in San Blas Archipelago and Panama.  We will be heading to Cartagena the first thing tomorrow. 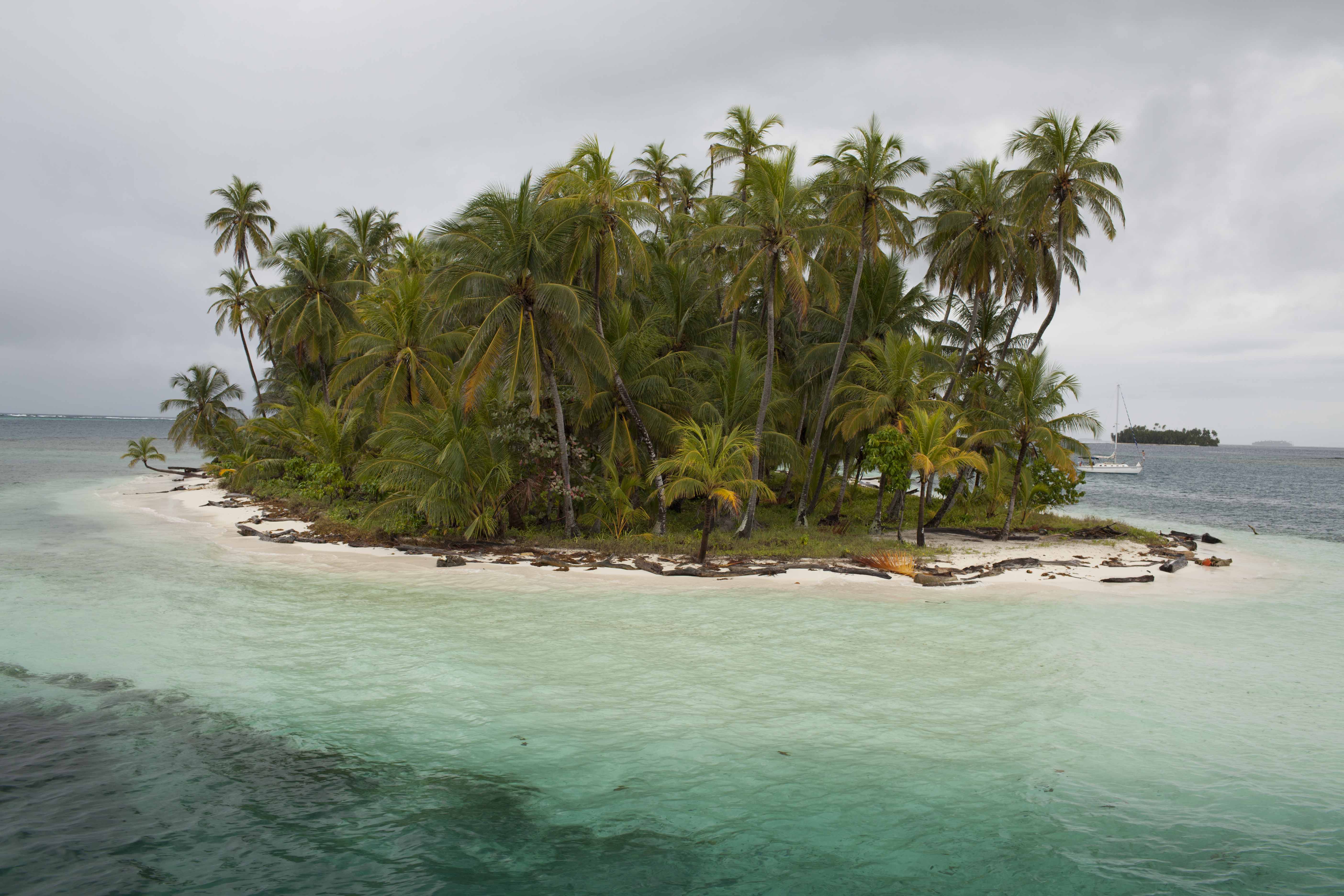