The ship was rocking hard all night long and our sleepy bodies and luggage were being tossed around.  The medication helped us calm down and by early morning we got somewhat used to the rocking pattern of our beds and fell asleep.

At 9 am, the contours of Cartagena appeared on the horizon.  A wall of skyscrapers was approaching, as we entered the port through Boca Grande, between the two buoys that marked a narrow passage of only three meters deep through an underwater wall that had been erected few centuries ago to defend the city.

View of Cartagena from Boca Grande

Our luggage was all packed and we were ready to disembark, however, the captain told that everybody had to remain on the ship until he got all our passports stamped in the immigration office on the shore.  We also learned that our bikes will be unloaded the day after. 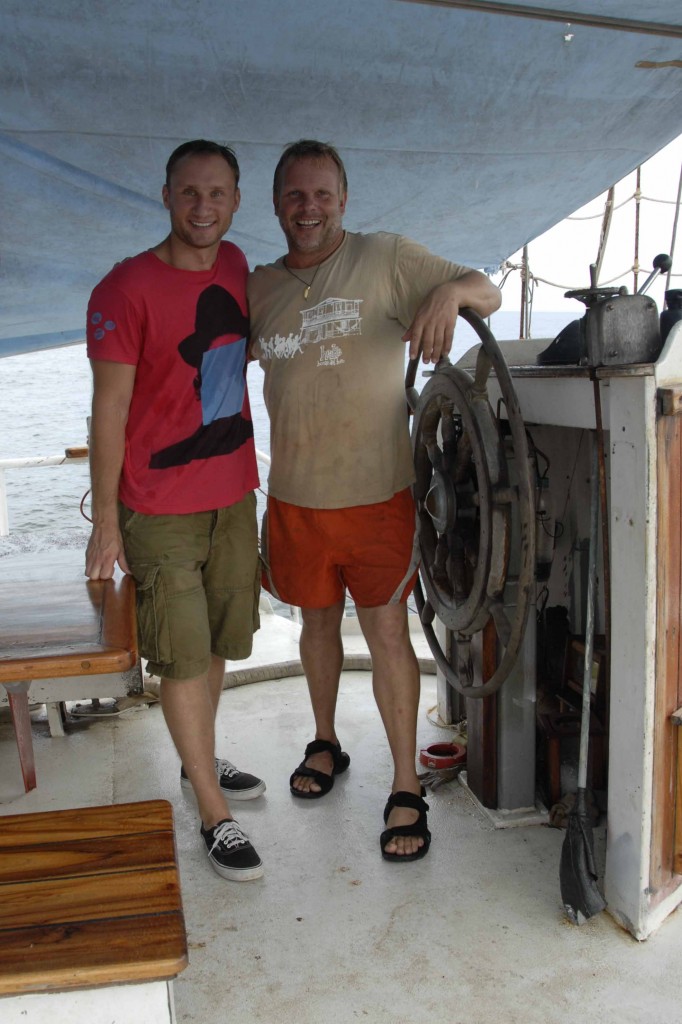 Vadim with the Captain Ludwig

It was already getting dark, when we jumped into a rubber boat with our bags and headed to the shore.  A taxi took us to a hotel in El Centro, the oldest and stunningly beautiful part of the town.  We checked in, dumped our luggage in a small room without windows, and went out for a dinner to Café del Mar, right on the defensive wall surrounding the old town.  An American couple, who also traveled on Stahlratte, joined us for a nice meal and a friendly chat.  We all enjoyed beautiful views of the sea and the city.  We felt quite tired after a few days on the ship and went straight back to the hotel after the dinner for a good night sleep.