We went to buy third party liability insurance for our motorbikes the first thing in the morning.  Luckily, the insurance office was only a block away from the hotel and the paperwork did not take much time.

Vadim also wanted to buy new waterproof enduro-style motorcycle boots, since the weather forecast promised a lot of rain.  The whole country has been suffering from massive floods, the largest in more than forty years.  We took a cab to several motorcycle dealerships, unfortunately, only one of them had a pair of second hand boots.  All motorcyclists on the streets were riding in simple rubber boots and we were told to try our luck in bigger cities – Medellin or Bogota.

Disappointed, we drove to a nearby shopping mall and bought few moisture wicking t-shirts instead.  The mall was large, modern and nicely decorated for the upcoming Christmas.  We went into a home repair store and found some parts for our malfunctioning GPS tracking device that had stopped working few weeks ago in Mexico.  It took us another half an hour to built an improvised battery terminal for the device, while sitting in an ice cream shop and enjoying gelato.

The sky cleared up in the afternoon and we decided to go see the new part of the city.  The cab driver took us to Bocagrande and stopped on a busy street lined up with tall, but unimpressive condo buildings, next to the beach.  We got out of the car and were immediately surrounded by street vendors, massage “therapists” and other peddlers.  Vadim decided to get a massage on the beach, but the girl only covered his body in a thick layer of body cream before the session was over.

We both got quickly tired of people trying to sell us Panama hats, jewelry, pedicure, hammocks, etc. and went to Frisby, a fast food chicken restaurant, a couple of blocks away from the beach.  We were hungry, the service was slow, but the food was good.  The place was rather empty.  Only a small girl in oversized pink high heel shoes was running around, observing and smiling at us.

We took a cab back to the old town and went for a short walk, but it started raining again and we got back to our hotel. 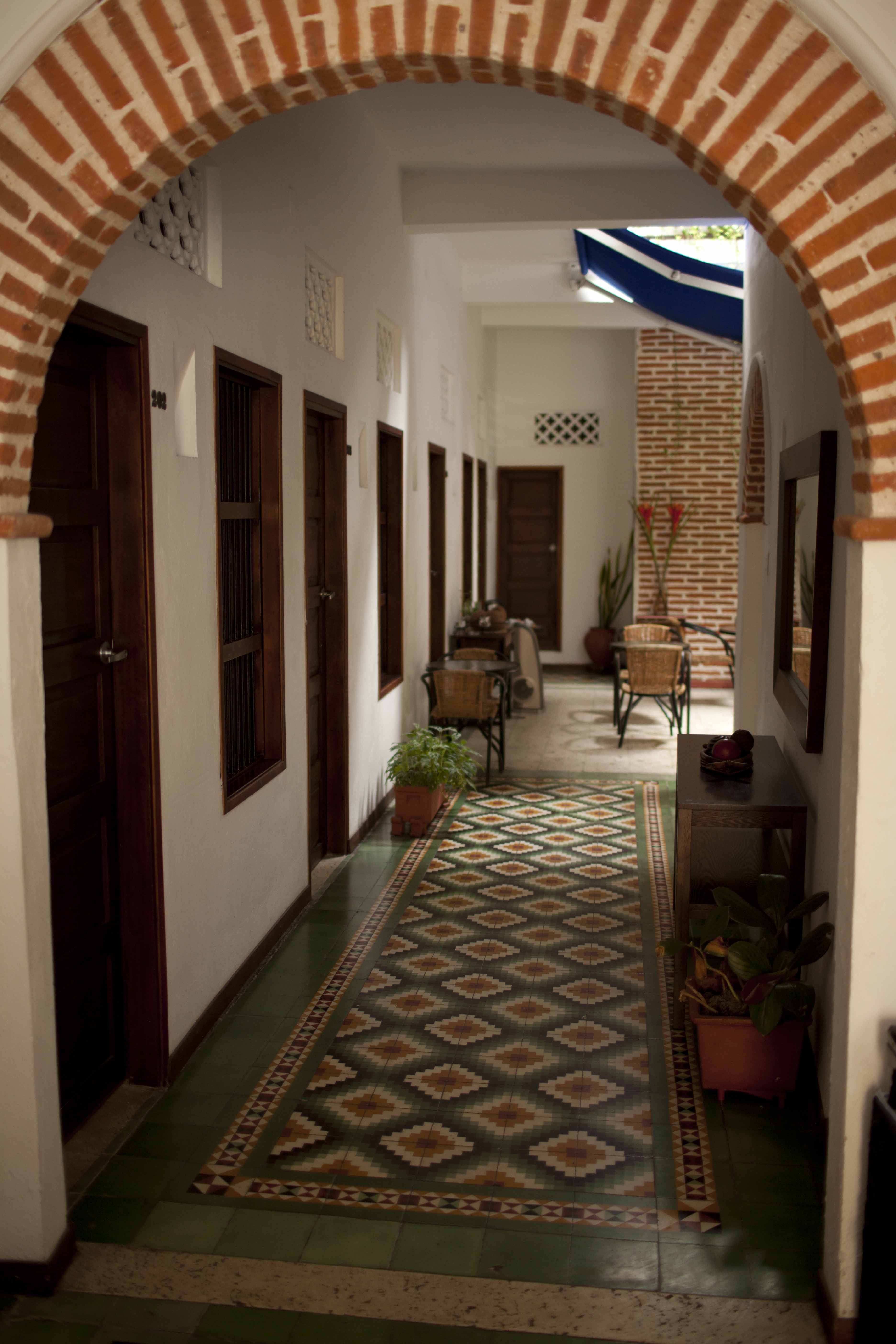 Our Lovely, but Small, Uncomfortable and Overpriced Hotel