Late morning, we took a metro – very clean, modern and convenient, but crowded – to the center of the city and got out at Parque Berrio.  At the exit, we could not resist buying a couple of tasty arequipes – sweet cream-filled pastries – and then continued to Basilica de la Candelaria, across the park full of people.  The park was crowded and so was the church; the morning mass was about to start.  We took a few pictures inside the building and then left to Frisby – a fast food restaurant across the street – for some tasty chicken.

After the lunch, we elbowed our way through the crowds of street vendors towards Plazoleta de las Esculturas with a dozen of very interesting modern sculptures by Botero.  As we were walking around, a couple of people warned us not to flash our cameras.  We sat down on a bench in the square and had a friendly chat with a Colombian guy, who has been living and studying in London for several years. 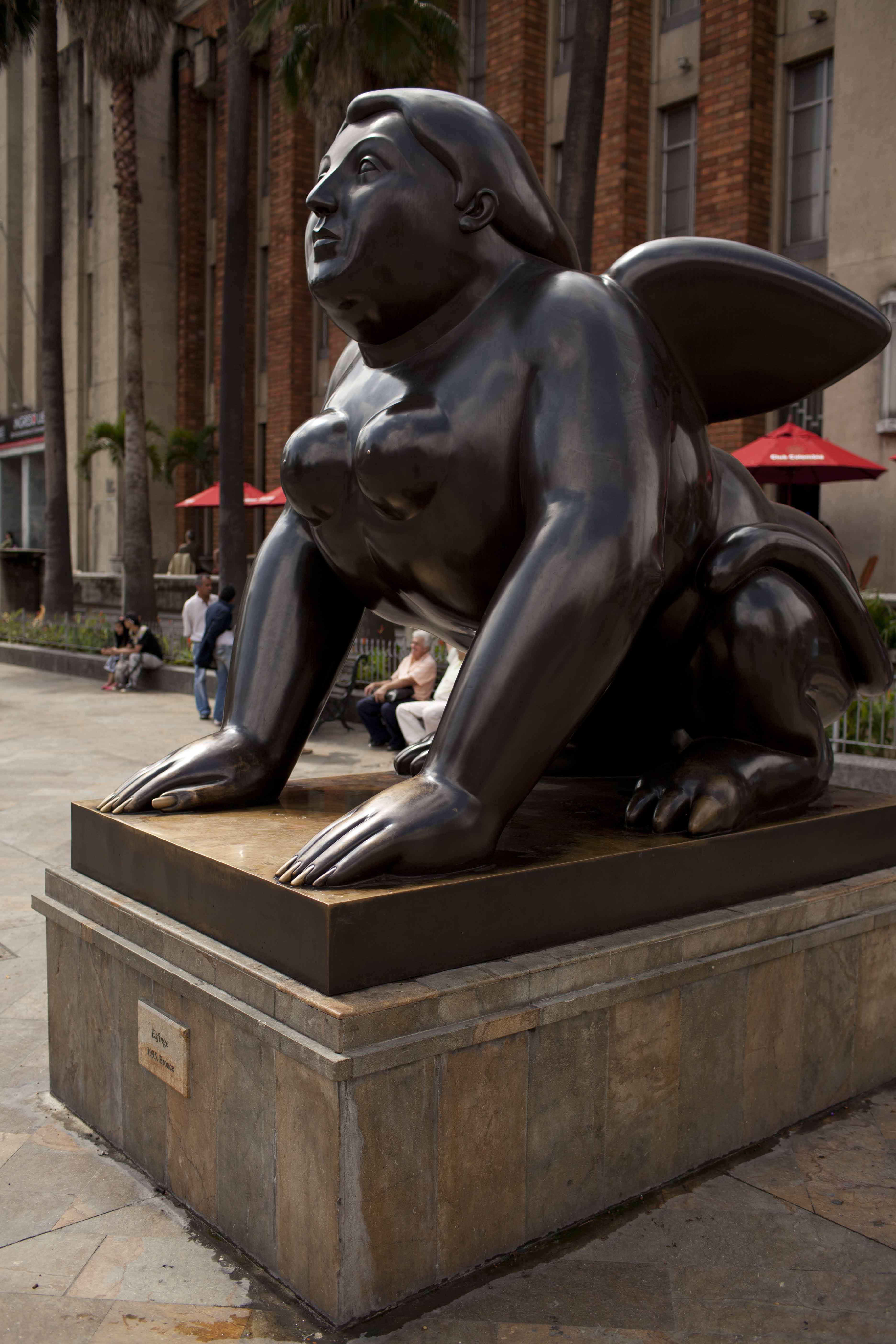 We walked around the center for more than an hour and then took the metro back to El Poblado, picked up our laundry, and went back to the hotel to get ready for the tomorrow’s departure.  We decided to skip the big cities – Bogota and Cali – and continue through Salento and Popayan instead.  The hotel staff at the reception helped us book a hotel in Salento for the next two nights.

The dinner at a restaurant near Parque Poblado was very nice and filling: chicharon, blood sausage, chorizo, fried plantains, liver and onions.  We would have not been able to digest it all without few Club Colombia beers…